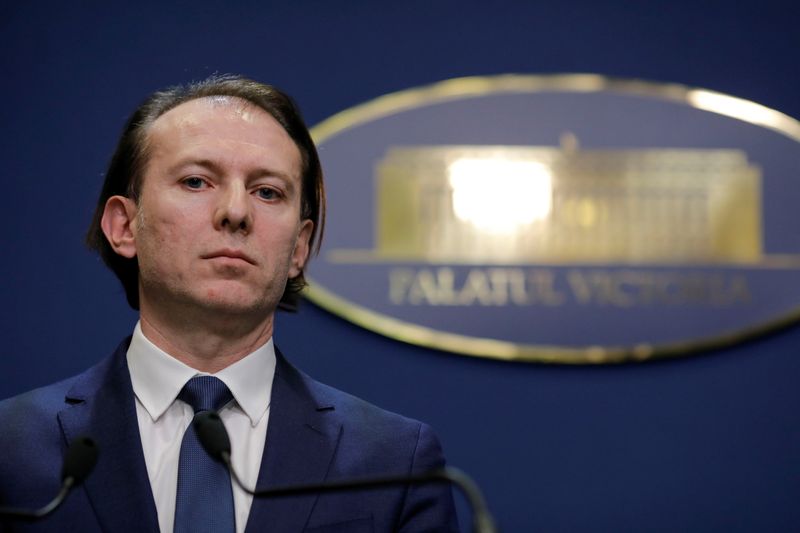 A rupture in the three-party coalition which controls 56% of parliament might have endangered the government's agenda to curb twin deficits and fight the pandemic, leaving it without a majority and prone to concessions.

The junior USR-Plus party dropped its previous demand that Citu needed to step down for sacking Vlad Voiculescu, a move the prime minister had said was in response to the country's coronavirus epidemic.

"Our coalition goes further," Citu said after marathon talks that ended overnight. A nomination for a new health minister will be made later on Wednesday, the parties agreed.

The coalition is made of Voiculescu's USR-Plus, Citu's Liberal Party and ethnic Hungarian Party UDMR. Without USR-Plus, the coalition's voting bloc falls to around 38%.

Even before the pandemic, Romania was struggling with a widening budget shortfall, eroded by years of political instability and fiscal largesse under previous Social Democrat cabinets that have worried the European Commission.

The government aims to lower the country's consolidated budget deficit to about 7% of gross domestic product from an estimated 9.1% in 2020. It expects the shortfall to return below the European Union's 3% ceiling by 2024.

Romania reported an overall 1.03 million coronavirus cases on Tuesday, and 26,618 deaths, with more than 1,400 in intensive care. New daily infections have been declining to under 3,000 over the past week, from around 4,000 in early April.