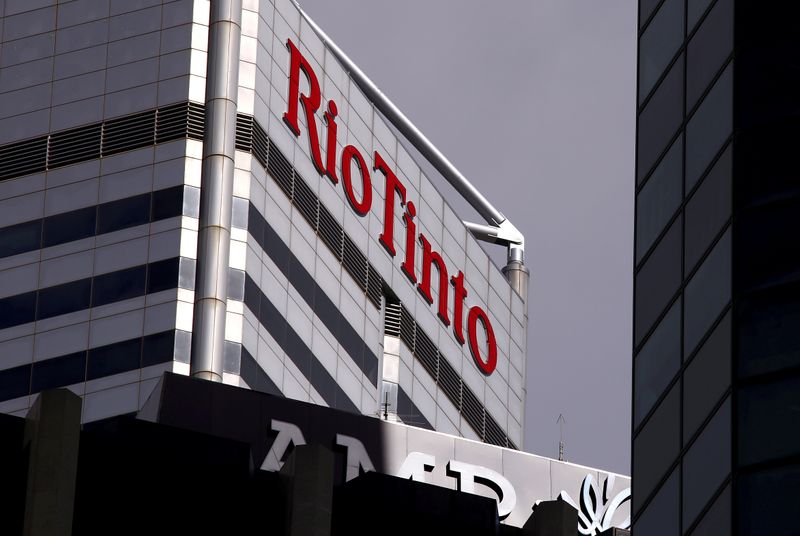 MELBOURNE (Reuters) - Three Rio Tinto executives forced to leave the company after the destruction of sacred rock shelters at Juukan Gorge in Western Australia all closed off the year with substantial payouts, Rio's annual report released on Monday showed.

Chief Executive Jean-SÃ©bastien Jacques, who stepped down from his role at the end of 2020, received total remuneration of 13.3 million pounds ($18.6 million) under Australian accounting rules, up from 7.1 million pounds a year earlier.

Despite the loss of about 2.7 million pounds in awards following a board review into the blast, the sum, which includes the value of share awards that have not yet vested, was boosted by Rio Tinto's strong share price performance.

Jacques and two other executives left Rio after the company determined their positions had become untenable after a backlash against a board review that originally imposed only financial penalties for the destruction of the sacred sites.

"In making the eligible leaver determination the Board fully recognised the gravity of the destruction at Juukan Gorge but was mindful that the three executives did not deliberately cause the events to happen, they did not do anything unlawful, nor did they engage in fraudulent or dishonest behaviour or wilfully neglect their duties," it said in the annual report.

Rio's iron ore head, Chris Salisbury, who stepped down in September, received total remuneration of A$6.7 million ($5.3 million) including termination benefits and unvested share awards, from A$2.9 million in 2019. Salisbury lost a A$1.1 million short-term incentive.

Independent Rio Tinto Director Michael L'Estrange, who lead the initial board review, had a 46% increase in fees and salary. His total remuneration rose to A$227,000 from A$201,000.