Putin tells how he fell off horse 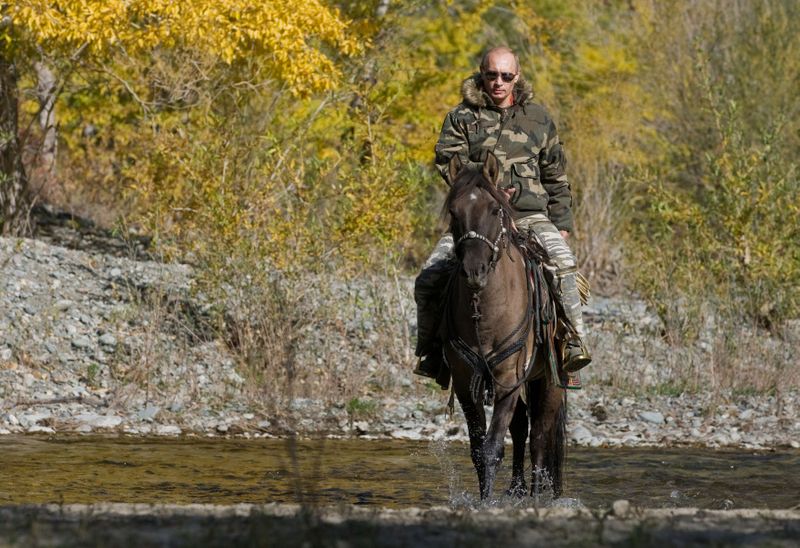 MOSCOW (Reuters) - Russia's President Vladimir Putin has in the past presented himself sitting proud, bare-chested on a horse, but on Friday he admitted to taking a fall.

The 68-year-old who has been in power in Russia for more than two decades as president or prime minister has carefully cultivated a macho image for years with a series of photo opps.

They include Putin taking a dip in icy waters, riding on horseback topless, throwing opponents on the judo mat, freeing tigers into the wild and swimming butterfly stroke in a river.

"They were once filming me, I was training, and it happened that the horse stopped in front of a barrier and I did a somersault, literally a somersault," Putin was quoted as saying by the TASS news agency on Friday.

He did not say when the incident had happened, but that he had fallen "fairly comfortably" and told a cameraman who was filming to keep the footage.

"(It was) the first time I heard this answer from him: I'll delete it immediately," said Putin.

The Kremlin seldom talks about Putin's health or mishaps.

The Russian leader was alleged to have back trouble in 2012, something that Belarusian President Alexander Lukashenko said at the time had stemmed from a bout of judo. The Kremlin declined to comment.