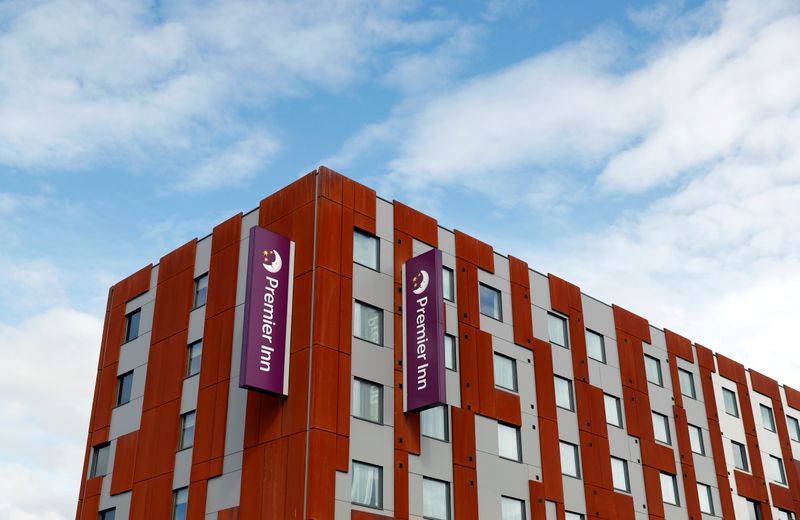 (Reuters) - Premier Inn-owner Whitbread pledged to attain net zero carbon emissions by 2040, a decade ahead of its prior commitment, as it speeds up its programme to reduce the usage of gas, install solar panels and move to an electric vehicle fleet.

"We're scrutinising all aspects of our operation from business fleet to boilers to achieve our goal," Chief Executive Officer Alison Brittain said in a statement on Thursday.

Its plans involve investing in efficient gas appliances, or electric equivalents, committing to 100% renewable energy across its UK and German estates as well as moving to electric and alternative fuel vehicles, Whitbread said.

Whitbread, the owner of over 800 hotels in the UK, said the move follows its efforts to install energy efficient appliances, smart heating controls in Premier Inns and the installation of solar panels on 20% of its UK hotels, among other things.

The company said the plan is to reduce its scope 1 and 2 emissions to zero. This covers energy use within buildings owned or operated by it under all Premier Inn hotels and restaurants in the UK and Germany as well as company cars and logistics fleet.

"Achieving a net zero position a decade earlier than originally planned is the right thing to do for our business, our guests and the environment," Brittain said.

Whitbread said it was the first UK hotel chain to publicly commit to reach net zero. The announcement coincides with Earth Day 2021.

Britain in 2019 became the first G7 country to set in law a net zero emission target by 2050, which will require wholesale changes in the way Britons travel, use energy and eat.