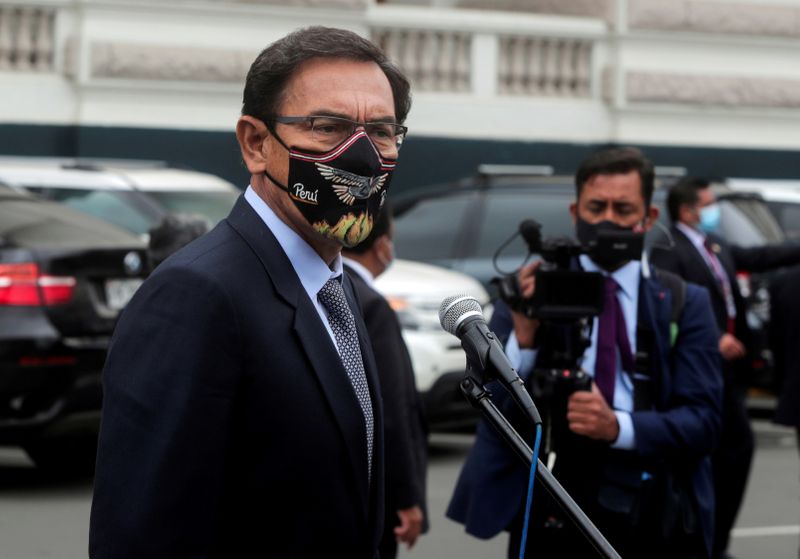 LIMA (Reuters) - Former Peruvian president and current congressional candidate Martin Vizcarra escaped pretrial detention after a judge on Thursday rejected a prosecutor's request for 18 months in prison while Vizcarra is being investigated for corruption.

Vizcarra, who came to power in 2018 after the resignation of his predecessor but was removed from office in November by Congress, is under investigation for allegedly receiving $622,000 in bribes from two companies that won public works contracts when he was a regional authority eight years ago.

Judge Maria de los Angeles Alvarez said she did not consider Vizcarra to be a flight danger while the authorities are investigating him.

In February, Vizcarra was the center of a scandal when he acknowledged that he had received the coronavirus vaccine from China's Sinopharm in October, when he was still president and months before inoculations were publicly available.