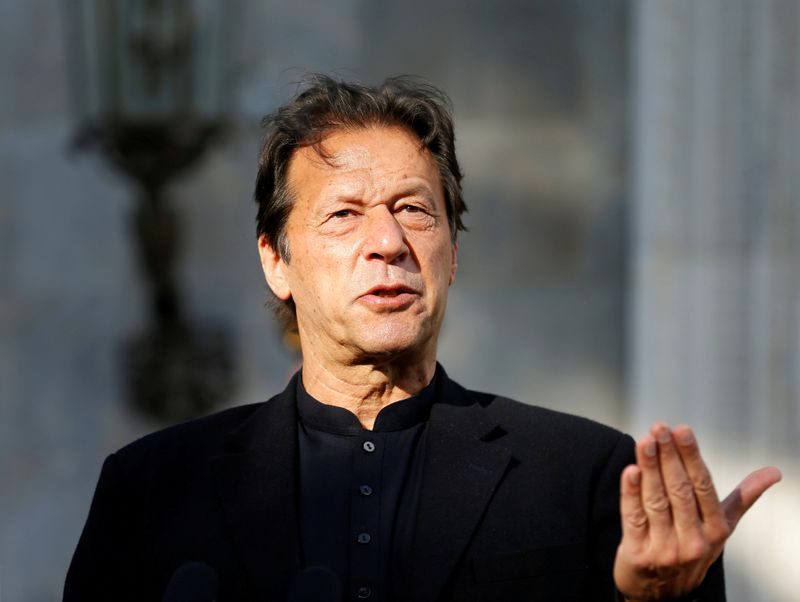 ISLAMABAD/KARACHI, Pakistan (Reuters) - Pakistan's Prime Minister, Imran Khan, said he will seek a vote of confidence from parliament on Saturday after the finance minister lost his bid for a Senate seat.

Khan and his government had been expected to win the indirect election on the seat, given their coalition's numerical superiority in the lower house of parliament, the electoral college for the vote.

"I'm going to seek a confidence motion a day after tomorrow," Khan said in a televised address to the nation on Thursday.

The Senate is the upper house of Pakistan's bicameral parliament.

He said the vote of confidence would be an open ballot in which members of his party and his allies were welcome to vote against him if they no longer had confidence in him.

"This is your democratic right ... just raise your hands that you don't have confidence and I will go into the opposition (benches)," he said.

The Senate election a day earlier was a secret ballot and members of the ruling coalition are widely believed to have voted against his candidate, Finance Minister Abdul Hafiz Sheikh.

He alleged the opposition parties had gained those votes through unfair means. The opposition denies the charge.

Khan's party, the Pakistan Tehreek-e-Insaaf (PTI), became the largest party in the Senate in Wednesday's poll. But although it gained ground, interim results on Thursday showed his ruling coalition was still a few seats short of a clear majority.

(Reporting by Gibran Peshimam and Syed Raza Hassan in Karachi, and Asif Shahzad in Islamabad; Editing by Andrew Heavens and Timothy Heritage)