Novavax applies to WHO for emergency listing of COVID-19 vaccine 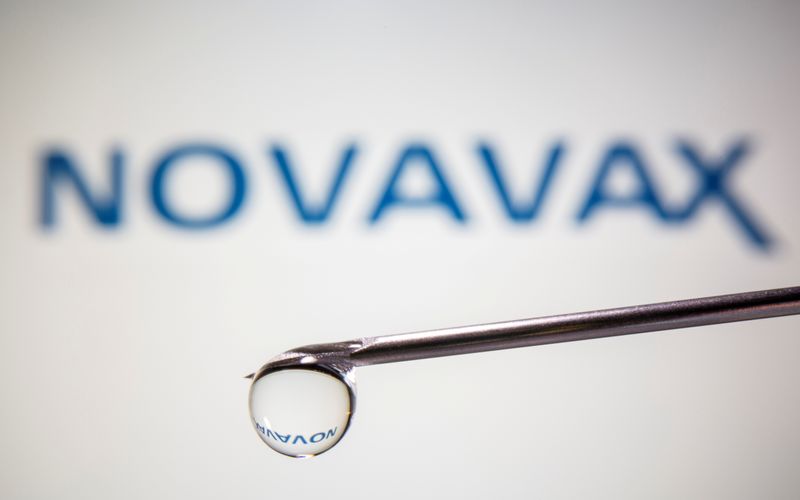 FILE PHOTO: A Novavax logo is reflected in a drop on a syringe needle in this illustration taken November 9, 2020. REUTERS/Dado Ruvic/Illustration

By Manas Mishra and Carl O'Donnell

(Reuters) -Novavax Inc and its partner Serum Institute of India have applied to the World Health Organization for an emergency use listing of Novavax's COVID-19 vaccine, potentially clearing the way for the shot to ship to many poorer countries, the company said on Thursday.

Novavax has been prioritizing regulatory submissions to low- and middle-income countries after falling behind in the race for authorization in the United States and Europe, which have already vaccinated most of their residents.

A WHO listing would allow Novavax to ship to multiple developing nations that rely on WHO guidance for their regulatory decisions.

It would also allow Novavax to begin distributing shots through the COVAX facility, which aims to provide equitable access to COVID-19 vaccines for low- and middle-income countries.

Novavax has already submitted regulatory documents to countries including India, the Philippines and Indonesia.

Novavax shares were up more than 10% in morning trading following the announcement.

Novavax and India's Serum Institute, the world's largest vaccine producer, have together committed to providing more than 1.1 billion doses to the COVAX facility.

COVAX has distributed fewer than 300 million shots to poorer nations, a fraction of the roughly 6 billion shots experts say are needed.

The United States earlier this week said it was committing an additional 500 million vaccines made by Pfizer Inc to COVAX, bringing its total contribution to more than 1 billion shots.

Novavax had previously said it would apply for WHO authorization in August, marking a slight delay in the filing. It expects to file for regulatory authorization in the United States and European Union in the fourth quarter of 2021.

Novavax's COVID-19 vaccine production ramp-up has been fraught with delays and it is unclear how many Novavax shots will be available for the COVAX facility this year. Novavax said in August it was aiming to produce 100 million shots monthly by the end of the third quarter.

The Novavax shot is a protein-based vaccine, and was shown to be more than 90% effective, including against a variety of concerning variants of the coronavirus in a large, late-stage U.S.-based clinical trial.

Early studies suggest Novavax is effective at protecting against the contagious Delta variant of COVID-19, which has become dominant in many countries.