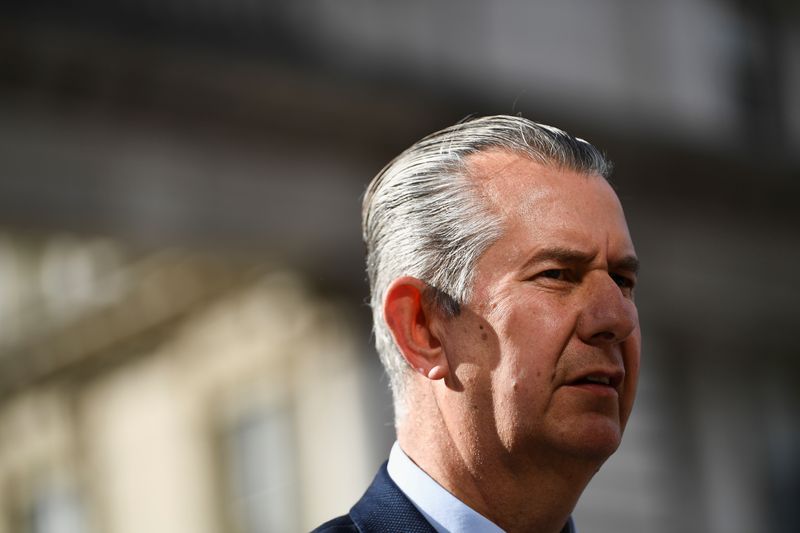 The British-run region's largest party has gone through a tumultuous period since the ousting of then leader and Northern Ireland first minister Arlene Foster in late April.

Her successor, Poots, stepped down on Thursday after he was opposed by 24 of his party's 28 regional lawmakers on the nomination of a new first minister but appointed ally Paul Givan to the role minutes anyway.

Poots' resignation has added to political instability in Northern Ireland, which is the focus of a post-Brexit trade spat between Britain and the European Union and has seen street violence fuelled by anger about restrictions on trade with the rest of the United Kingdom.

Nominations for the new leader close on Tuesday and if more than one lawmaker put their names forward, an election will be held the following Saturday.

Jeffrey Donaldson, the party's chief in the British parliament who was narrowly defeated by Poots in the leadership vote last month, is expected to put his name forward again and may be the only nominee.

The Belfast Telegraph reported on Saturday that DUP party officials told Givan that he will have to resign as first minister when a new leader is in place.

That would raise the prospect once more of a snap election as the DUP would need to secure the consent of their main partners in the power-sharing government, Irish nationalist rivals Sinn Fein, to appoint a new first minister.

Sinn Fein insisted the Givan's nomination be accompanied by the introduction of Irish language rights, a precondition that angered DUP lawmakers and led to the vote against Poots.