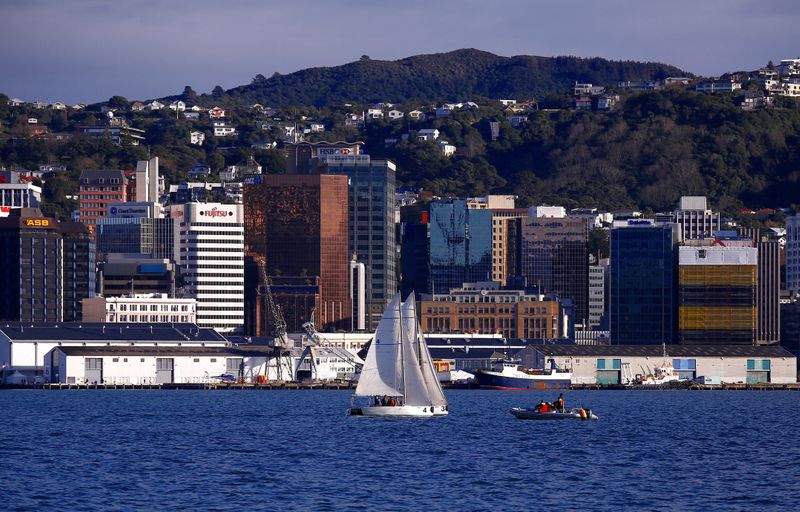 FILE PHOTO: A sailing boat can be seen in front of the central business district (CBD) of Wellington in New Zealand, July 2, 2017. REUTERS/David Gray

WELLINGTON (Reuters) - New Zealand's government said on Friday its finances were in better shape than expected, as deficit and debt figures came in lower than it forecast last year after the coronavirus outbreak crippled the economy.

A tough lockdown and geographical isolation helped New Zealand virtually eliminate the coronavirus within its borders and reopen the domestic economy. It was ranked at the top of a COVID Performance Index of nearly 100 countries released this week for its handling of the pandemic.

The government's operating surplus before gains and losses (OBEGAL) was at a deficit of NZ$4.3 billion ($3.09 billion) in the five months ending Nov. 30, it said in a staement on Friday, which was NZ$1.9 billion better than forecast in the half-year update last year.

"The country is in a stronger fiscal position compared with other developed nations, and we will carefully prioritise our spending to maintain the balance between short term needs and long term requirements," Finance Minister Grant Robertson said in a statement.

The Pacific Island nation tightened its borders further this week after it reported new positive cases of the South African COVID-19 variant in the community that were linked to a quarantine facility.

There were no new community cases on Friday, health authorities said.

Meanwhile, a luxury cruise ship, Le Laperouse, has been held up outside New Zealand waters because most of its crew were refused visas, authorities said.