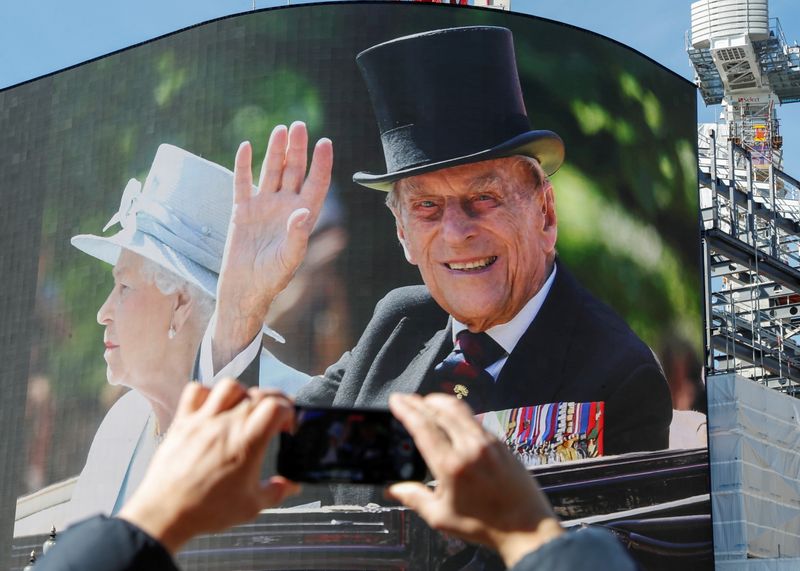 FILE PHOTO: A screen in Piccadilly Circus displays images of Britain's Prince Philip, husband of Queen Elizabeth, who died at the age of 99, in London, Britain, April 17, 2021. REUTERS/Paul Childs

Attended by current and former leaders and diplomats, the memorial was held at the Cathedral of St. Paul, whose foundation stone Queen Elizabeth laid in 1954.

New Zealand's Governor General, Dame Patsy Reddy, the official representative of the Queen, spoke of Prince Philip as "one of the unchanging stars in our sky".

The service came after Queen Elizabeth paid her final respects to Prince Philip at a funeral on Saturday that celebrated his seven decades of service.

Officially known as the Duke of Edinburgh, Philip died at age 99 on April 9.

(Reporting by James Redmayne and Paulina Duran in Sydney; Editing by Gerry Doyle)