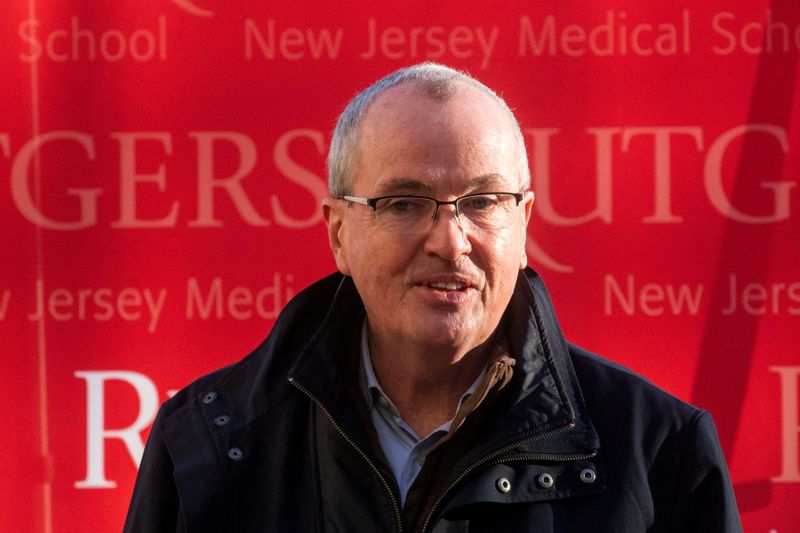 MAPLEWOOD, N.J. (Reuters) - Governor Phil Murphy signed legislation on Monday making New Jersey the latest U.S. state to legalize marijuana for recreational use, but it is expected to take up to a year before dispensaries will begin selling cannabis to the public.

The Democratic governor signed a package of three bills after voters overwhelmingly approved a ballot question in November to legalize adult use of the drug.

The enactment came more than three years after Murphy campaigned for governor on the promise to make recreational use legal in the state. Legalization was delayed by political opposition within the state legislature, even though both houses are controlled by members of Murphy's own party.

Murphy signed into law bills that allow possession of up to six ounces of marijuana by people age 21 or older. Distribution and growing cannabis without a license remain illegal. The legislation, passed earlier on Monday by the Assembly and Senate, also eased penalties for minors for possession of marijuana.

New Jersey joins more than a dozen other U.S. states, including other East Coast states of Maine, Vermont and Massachusetts, in legalizing cannabis for recreational use. Dozens of states permit marijuana to be used by patients suffering a variety of medical conditions.

The move is expected to boost New Jersey's pandemic-stricken economy by launching a for-profit cannabis industry that should generate millions of tax dollars for the state. Recreational sales at state-licensed dispensaries, however, may be as much as a year away.

"We can get down to the business of establishing a responsible, sustainable, profitable and diverse adult-use and expanded medical cannabis market in New Jersey," Edmund DeVeaux, head of the New Jersey CannaBusiness Association, said in a statement.

"We can stop the senseless arrests for possession and use of a product that should have never been criminalized in the first place, and the voters approved over three months ago," he said.