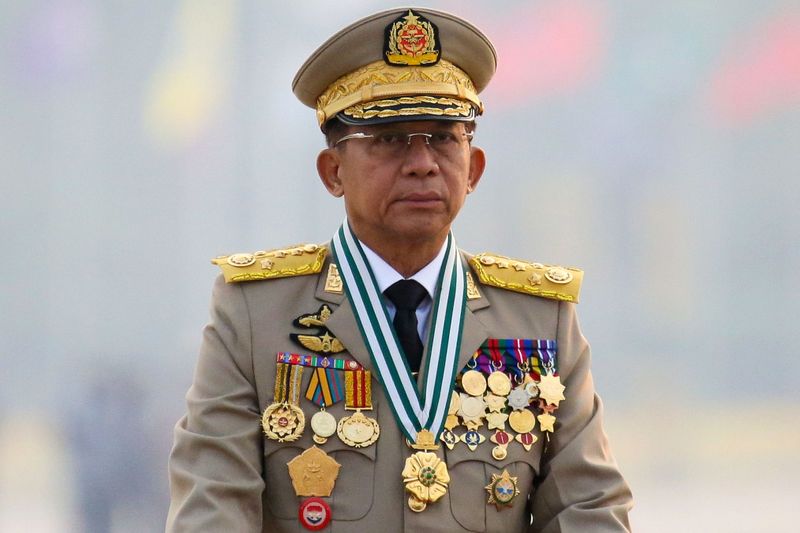 (Reuters) - A spokesman for Myanmar's military has confirmed that junta leader Senior General Min Aung Hlaing will attend a meeting of Southeast Asian leaders at the weekend, Nikkei Asia reported on Wednesday.

Zaw Min Tun did not answer calls from Reuters seeking confirmation of the report.