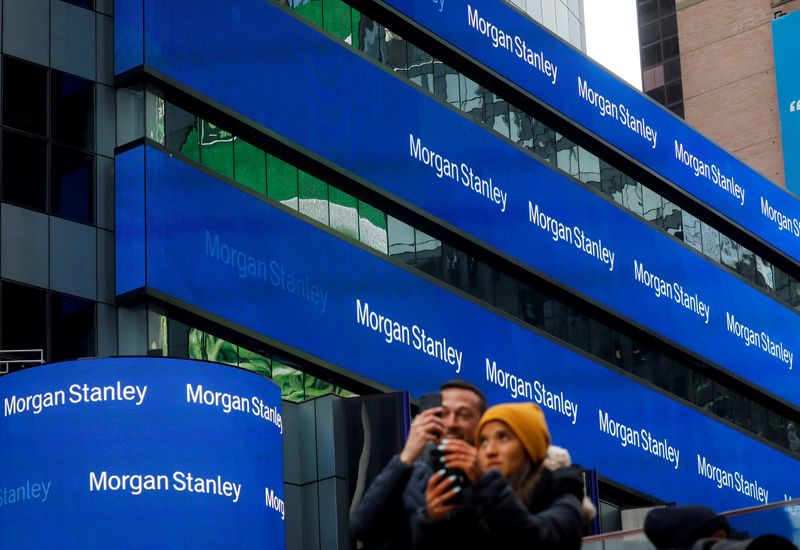 NEW YORK (Reuters) - Morgan Stanley plans to increase the dividend it pays shareholders when restrictions are lifted by the Federal Reserve, according to a letter Chief Executive James Gorman sent to shareholders on Thursday.

Morgan Stanley said in December it would resume its share repurchase plan following the Federal Reserve's decision to allow the sector to resume stock buybacks that were suspended during the pandemic.

The bank plans to buy back up to $10 billion in stock this year. In his letter posted on Morgan Stanley's website, Gorman also set a long-term goal of achieving a return on tangible common equity (ROTCE) above 17%, according to the letter.

"We have meaningfully and with intent transformed our business over the last decade," Gorman wrote. "As we look to the next decade of our journey, we believe unambiguously that Morgan Stanley is in its growth phase."