More therapeutics but no surge in vaccine for Michigan, Biden administration says 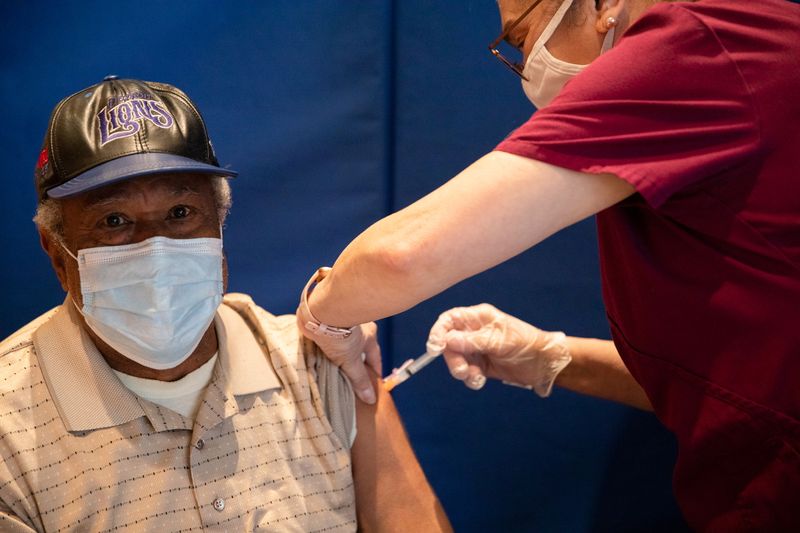 By Jeff Mason and Carl O'Donnell

WASHINGTON (Reuters) -The White House said on Monday it was prepared to send additional therapeutic treatments to the state of Michigan, which is experiencing a worrying number of COVID-19 cases, but declined to promise more vaccine as the state has sought.

White House coronavirus adviser Andy Slavitt told reporters the U.S. government would work to ensure that states such as Michigan were ordering the full amount of vaccine that was available to them but said that shifting distribution was not in line with the administration's public health strategy.

"We have to remember the fact that in the next two to six weeks, the variants that we've seen ... in Michigan, those variants are also ... present in other states," he told reporters on a conference call.

"So our ability to vaccinate people quickly ... (in) each of those state rather than taking vaccines and shifting it to playing Whack-a-Mole isn't the strategy that public health leaders and scientists ... have laid out," he said.

Michigan Governor Gretchen Whitmer, a Democrat, has pleaded with the federal government to increase the number of vaccines allotted to her state to address a dangerous surge in cases but, despite close ties to the White House, has been rebuffed.

Whitmer was on President Joe Biden's list of potential running mates before he chose now Vice President Kamala Harris. Michigan is a political battleground state that Biden won in 2020, helping to secure his victory over former President Donald Trump, a Republican. It is likely to be decisive in the 2024 White House race as well.

The Biden administration has highlighted an increase in vaccination rates across the country while warning Americans to continue wearing masks, maintain social distance, and follow other health protocols to prevent another major COVID-19 surge.

U.S. Centers for Disease Control and Prevention Director Dr. Rochelle Walensky said more vaccine was not the answer to Michigan's problem. She said the state needed to "go back to basics" and shut down.

"I think if we tried to vaccinate our way out of what is happening in Michigan we would be disappointed that it took so long for the vaccine to work," she said. "Similarly we need that vaccine in other places. If we vaccinate today we will have, you know, impact at six weeks and we don't know where the next place ... is going to be that is going to surge."

Whitmer has faced fierce political backlash from conservatives in her Midwestern state for her COVID-19 restrictions, including armed groups entering the state capitol and a foiled plot to kidnap her. She was a frequent target of criticism from Trump.

Slavitt said that Johnson & Johnson is on track to deliver around 24 million COVID-19 shots to the United States in April whether or not it receives U.S. regulatory clearance for its Baltimore vaccine production plant, which is owned by contract manufacturer Emergent BioSciences Inc.

J&J has faced delays on vaccine shipments because of challenges at its Emergent plant, which ruined 15 million doses in recent weeks due to manufacturing error.