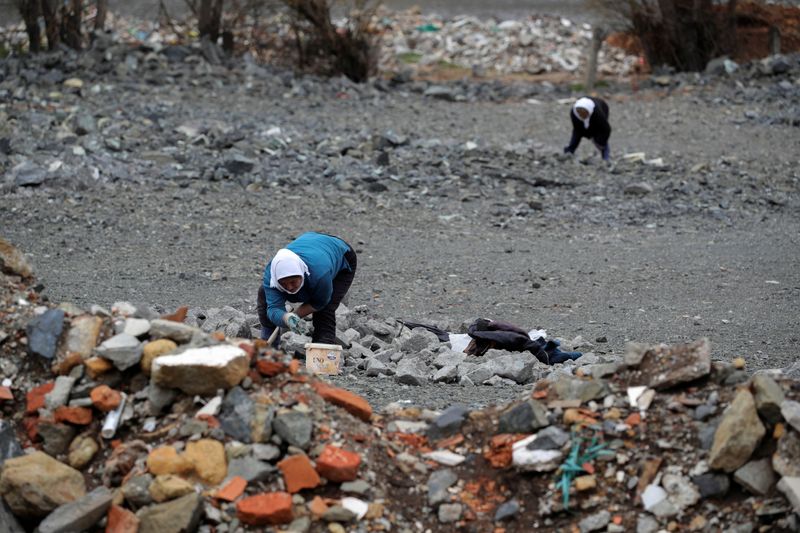 A native of Bulqize, an eastern town dominated by a chromium mine and where poverty is widespread, the 31-year-old is standing as an independent, and on a mission to defend the interests of a working class that, he says, mainstream politicians have neglected.

"In parliament, we have never heard a word about our suffering," said Debreshi, who has around 7,000 Facebook followers and whose campaign has won endorsement from anti-establishment former Greek finance minister Yanis Varoufakis.

"Every lawmaker from this region has been an owner of a chrome mine, or the owner of a hydro power plant, forests or quarries. In one word they were not from our class," Debreshi told Reuters.

"They don't care for the lives of the people here."

Around 800,000 Albanians have emigrated since 1990, when a multi-party system replaced one of the world's most authoritarian Communist regimes, many driven abroad by a high unemployment rate and one of Europe's lowest standards of living.

Opinion polls make Sunday's vote too close to call between the governing Socialist Party of the Prime Minister Edi Rama and the opposition led by the Democratic Party, fuelling a mood of uncertainty in what many observers view as a still relatively fragile democracy.

The opposition has accused Rama's party of trying to buy votes, which he has denied, and there have been sporadic outbreaks of violence during campaigning.

"In a democratic society changing the governments and prime ministers should bring normality but in Albania is seen as a dramatic event, with high tensions," said Ervis Iljazaj, a political science professor at the European University of Tirana.

The European Union plans to send 50 observers to monitor the vote.

Albania was granted EU candidate status in 2014 but little progress has been made on its application, mainly due to a lack of political, social and economic reforms.

Iljazaj believes the way Sunday's events pan out could swing the pendulum one way or the other. "These elections are the most decisive ones for Albania's road to the EU," he said.

For Debreshi, meanwhile - facing the prospect of paying a 42,000 euro ($50,700) fine that he cannot afford for violating rules on gatherings that he says his election rivals broke with impunity - the only way is up.

"We don't have anything to lose," he said.

(Writing and editing by Ivana Sekularac and John Stonestreet)