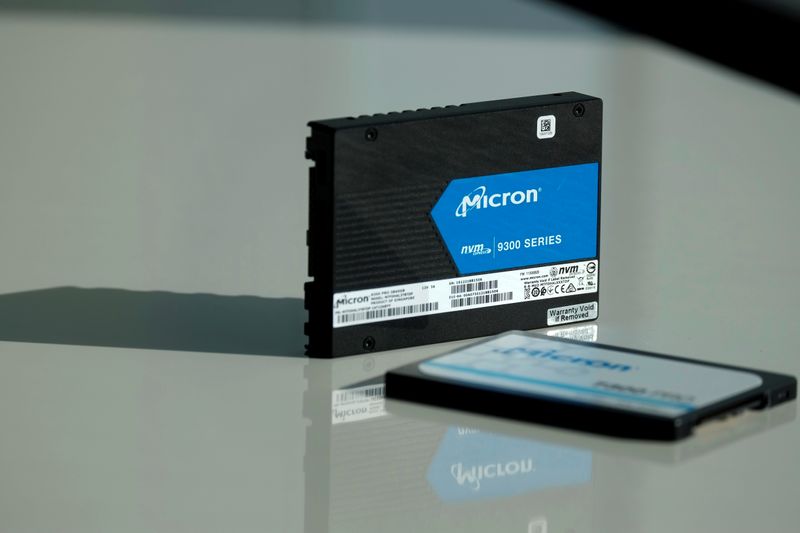 (Reuters) - Micron Technology Inc and Western Digital Corp are individually exploring a potential deal for Kioxia Holdings Corp that could value the Japanese semiconductor firm at around $30 billion, the Wall Street Journal reported on Wednesday, citing people familiar with the matter.

A deal for Kioxia, which is controlled by private-equity firm Bain Capital, isn't guaranteed, and it isn't clear how it might be structured, the report said, adding that should a deal come together, it could be finalized later this spring. (https://on.wsj.com/3rCJjvd)

Kioxia Holdings Corp, the world's second-largest maker of flash memory chips, had last year shelved plans for what would have been Japan's largest initial public offering in 2020.

Previously known as Toshiba Memory, Kioxia had planned to list on the Tokyo Stock Exchange on Oct. 6, offering up to 334.3 billion yen in shares.

Micron and Western Digital's move comes at a time when the COVID-19 pandemic and disputes over trade and technology between Washington and Beijing have cast a shadow over the global chip industry and affected companies across the supply chain.

From delayed car deliveries to a supply shortfall in home appliances to costlier smartphones, businesses and consumers across the globe are facing the brunt of an unprecedented shortage in semiconductor microchips.

According the WSJ report, an IPO later this year is still a possibility should Kioxia fail to reach a deal with one of the suitors.

Micron declined to comment, while Western Digital and Kioxia did not immediately respond to Reuters' requests for comment.

(Reporting by Arundhati Sarkar in Bengaluru)