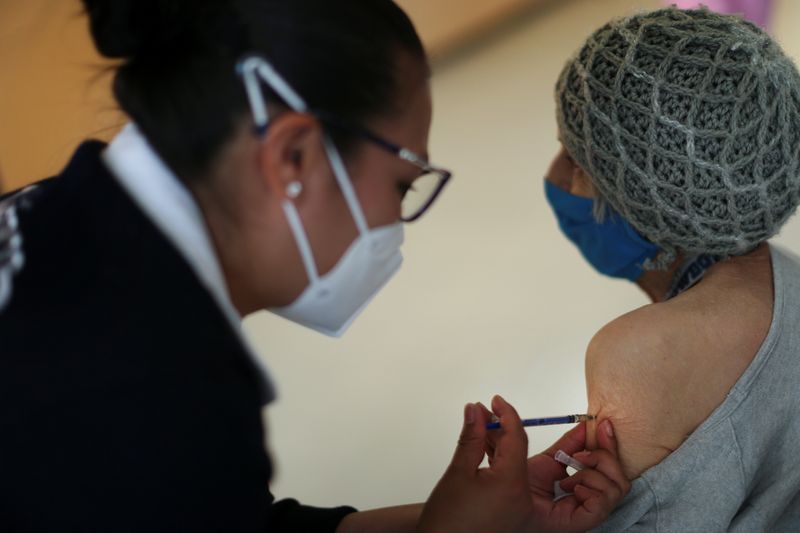 MEXICO CITY (Reuters) - Mexico will accelerate its rollout of COVID-19 vaccines to protect the public against any new wave of infections, President Andres Manuel Lopez Obrador said on Wednesday as the country's pandemic death toll approached 200,000.

Lopez Obrador said the armed forces and medical personnel would be used to inoculate more people against the virus.

"We have to get a move on with vaccinations so that if there's a new outbreak, we'll be vaccinated when it hits, in particular the older people," he told a news conference.

Although Mexico began vaccinating the public against COVID-19 last year, the rollout has been hampered by delays in delivery of doses due to bottlenecks in supply, prompting the government to complain about hoarding by richer countries.

Vaccines are now arriving more regularly, and new infections and fatalities have eased in Mexico during the past few weeks even as parts of Europe and South America have seen an uptick.

Lopez Obrador, who is gearing up for mid-term elections in June, said this week Mexico now had vaccine supply "guaranteed". But distribution of vaccines has not been as fast as he initially hoped, which the new push should help address.

Mexico is now on the cusp of registering 200,000 deaths from COVID-19, the third highest total in the world.

Lopez Obrador, who has cast about globally for additional vaccines, also said some 2.7 million AstraZeneca vaccines from the United States could arrive on Sunday or Monday.