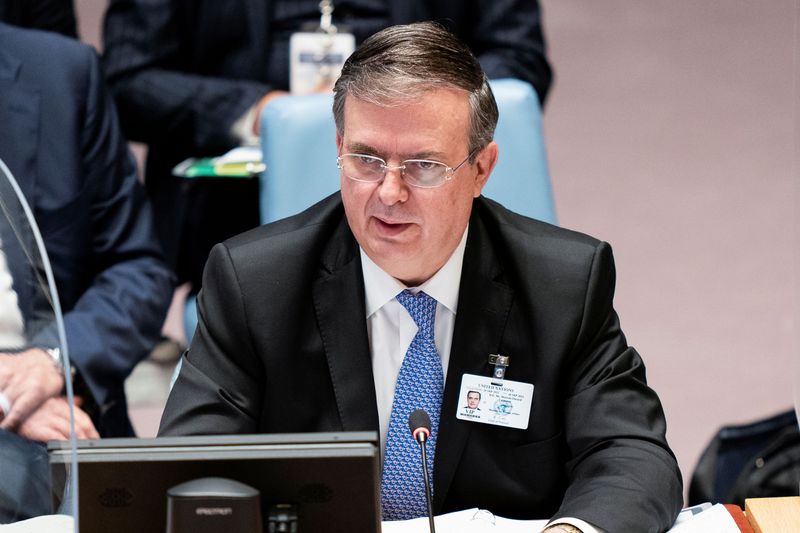 MEXICO CITY (Reuters) - Mexico will work during high-level security talks this week to ensure "reciprocity" from the United States on matters such as arms trafficking and extraditions, Foreign Minister Marcelo Ebrard said on Tuesday.

U.S. Secretary of State Antony Blinken, Secretary of Homeland Security Alejandro Mayorkas and Attorney General Merrick Garland will be among the delegation of top U.S. officials due to hold meetings in Mexico City on Friday.

Reiterating that it was time to "leave behind" the so-called Merida Initiative, a U.S.-Mexican scheme providing funds for military expenditure, Ebrard said Mexico was ushering in a new "symmetrical and respectful" phase in security cooperation.

Ebrard said Mexico had 10 priorities essentially aimed at reducing violence, and wanted to ensure that there was "reciprocity in controlling arms trafficking, reciprocity in legal assistance, reciprocity in extraditions, and so on".

President Andres Manuel Lopez Obrador has promoted a non-confrontational approach to combating chronic gang violence in Mexico, arguing that economic development is the most effective way of reducing the appeal of organized crime.