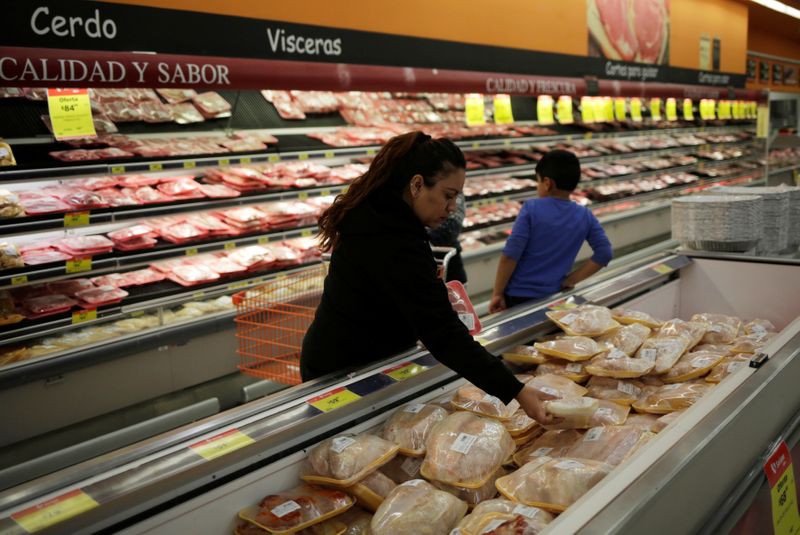 Mexican annual inflation ticked up to 3.84% from a rate of 3.74% in the second half of January, but undershot the consensus forecast of a Reuters poll for a reading of 3.88%.

A breakdown of the data published by the agency known as INEGI showed that fuels and certain fruits and vegetables helped to push up prices in early February.

The Mexican central bank, which targets a rate of 3%, earlier this month cut its benchmark lending rate for the first time since September, flagging uncertainty over the economic outlook and global efforts to tackle the COVID-19 pandemic.

Compared with the previous two-week period, prices rose by 0.23% in the first half of February. Meanwhile, core prices, which strip out some volatile elements, rose 0.22%. The core annual inflation rate also advanced to 3.84%.