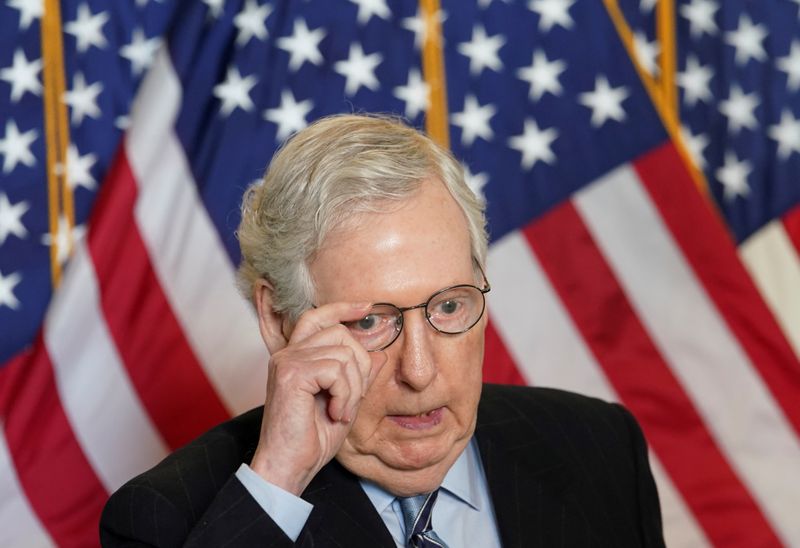 "If we could agree on what the definition of infrastructure is â and I think it clearly must include roads and bridges and broadband â there may be a way forward. But it needs to be credibly paid for, not through completely revisiting the tax reform act of 2017," McConnell told a press conference in Madisonville, Kentucky.

His remarks came after President Joe Biden said he was willing to listen to alternatives to his sweeping $2 trillion infrastructure proposal, which would fund traditional projects but also seek to change the course of the U.S. economy by addressing climate change and boosting human services such as elder care.

The president is expected to meet with Democratic and Republican lawmakers on infrastructure in coming weeks.

But McConnell, the top Senate Republican, made it clear that he does not favor Biden's broad-based approach, which he has described as "a Trojan horse" for massive tax increases and unnecessary spending.

The Biden plan would be financed by higher taxes on U.S. corporations, including an increase to 28% in the current 21% corporate tax rate that Republicans set in 2017.