Markets happy to play, if not believe, idea of G20 dollar accord 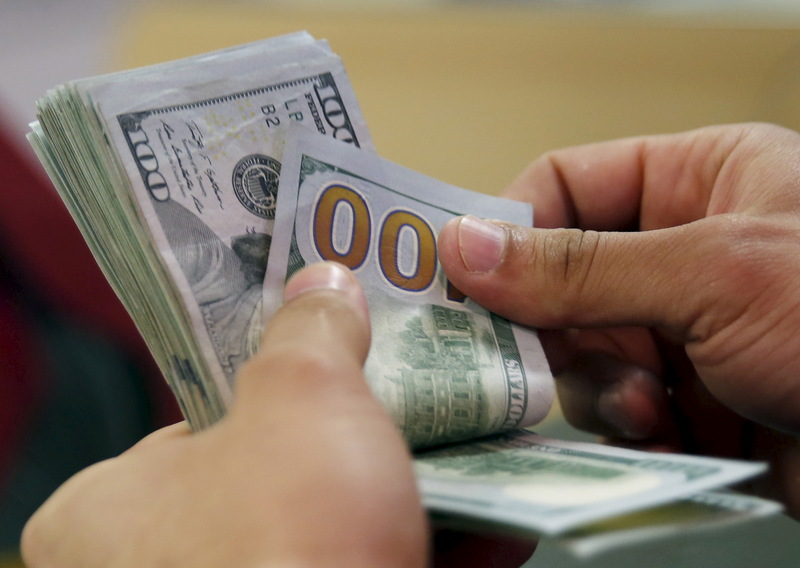 LONDON (Reuters) - Even if there was no secret deal to weaken the dollar and stabilize world markets at a meeting of Group of 20 finance chiefs in Shanghai six weeks ago, currency and stock markets seem happy to play as if there was.

Few if any major investment houses believe â as conspiracy theorists and speculative writers have posited â that there was a formal accord, agreed quietly by U.S. and other central bank chiefs on Feb. 27.

Reuters reporting around and since the meeting backs that up.

But as the same players prepare to reconvene in the United States next week, many investors see the policy leanings and price moves of the past month as the logical outcome of discussions in Shanghai on a traumatic start to 2016.

In the weeks since, the three big headaches of the past year - China's yuan, falling oil prices and the threat of a stronger dollar and higher U.S. interest rates - have eased.

Fed chief Janet Yellen promised caution last week on any further rises in rates, and the resulting sell-off has left the dollar down 5 percent on the year against the euro and 10 percent against the yen.

In response, emerging markets have steadied, stocks and oil are not falling as fast and China's currency reserves, the cause of a huge global sell-off in early January, are rising again.

It looks almost as if someone planned it.

"I absolutely do not think there was an agreed accord," says Simon Derrick, Head of Global Market Research at Bank of New York Mellon in London.

"But as a tactical play all of this makes perfect sense. The U.S. had a huge interest in stabilizing China. They have done so and if there is collateral damage in the hit the Europeans and the Japanese have taken (in currency appreciation), they can deal with that later."

Equally, say others, there seems to be greater consensus among policymakers on what they can and cannot do within an increasingly complicated international financial system.

"These recent moves are consistent with a rising understanding of international spill-overs and spill-backs, as well as with a new assessment of which policies are more akin to beggar-thy-neighbor policies than others," says Martin Enlund, head of currency strategy at Swedish bank Nordea.

As China faced a flurry of attacks on the yuan before the Shanghai meetings, some analysts raised the prospect of a grand public bargain in the style of the 1980s Plaza Accord to weaken the dollar.

In the event the only official message was familiar: competitive devaluations are bad and we will refrain from them - a commitment that hasn't stopped central banks running ultra-loose policies that weaken currencies since 2008.

"It's unthinkable (there was a deal on the dollar)," said one senior G7 official who attended the meeting.

"The more conspiracy oriented sides of this are fairly unlikely," former U.S. Treasury chief Larry Summers told an event in Washington this week. "It is just not the way that they (central banks) work."

Yet even if no such deal was done, events since have largely played in Beijing and Washington's favor.

By weakening the dollar and calming global markets, the Fed hopes to lay the ground for it to raise rates. It also avoids another hit to U.S. companies from a currency which a year ago had gained a quarter in value in just over six months.

In turn, pressure on the Chinese yuan's de facto dollar peg has eased.

The big question mark, then, is Europe and Japan.

By printing money and slashing interest rates into negative territory, the Bank of Japan and the European Central Bank hoped to get prices and exports rising and deflect the threat of deflation. That should founder if the euro and yen gain.

"This idea that weâve had a hiatus in central bank action probably wonât stand the test of what's going on in Japan and Europe," said Michael Metcalfe, head of macro strategy at State Street Global Markets.

But if, as he and others argue, the BOJ and ECB are both likely to act again, why are the yen and euro so strong?

For ECB chief Mario Draghi, it may be that markets no longer believe he can weaken the currency through policy.

Many say Japan, by far the most pro-active on currency markets historically, will not be so shy. But they also say Tokyo will find it hard to do so in the midst of G20 and G7 gatherings over the next month.

"My guess is the Europeans and the Japanese may not want to participate in this fight unless we see further moves," said Athanasios Vamvakidis, Head G10 FX Strategy for Bank of America Merrill Lynch in Europe.