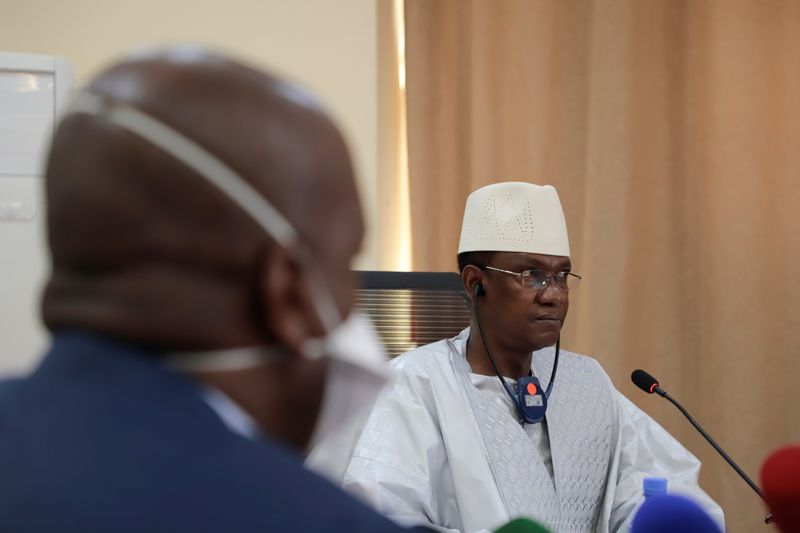 BAMAKO (Reuters) - Mali's interim authorities will confirm a date for post-coup elections after national reform consultations in December, a representative of a U.N. Security Council delegation said after talks on Sunday.

The timeline is a further sign that Mali's military leadership is likely to extend an 18-month transition to constitutional rule that it originally promised would culminate in presidential and legislative elections on Feb. 27, 2022.

The U.N. delegation met transitional authorities, political parties and civil society representatives in Bamako over the weekend to assess Mali's progress back to democracy following the August 2020 overthrow of President Ibrahim Boubacar Keita.

Niger's U.N. ambassador, Abdou Abarry, said they were told the national reform talks in December would agree an electoral schedule that would be announced soon afterward.

"While we cannot object to the reforms, we should not delay the end of the transition," Abarry told a news conference.

In September, interim Prime Minister Choguel Maiga said the elections could be postponed by "two weeks, two months, a few months" but that the final decision would be taken in October.

West and Central Africa have seen four coups since last year - a political upheaval that has intensified concerns about a backslide towards military rule in a resource-producing but poverty-stricken region.

Some non-governmental Malian participants in the latest talks said they supported delaying elections provided the authorities use the extended transition to implement reforms and take steps to end a decade of instability and conflict.

"We have to do all this now. If not, we will have premature elections and risk having another coup within a few years," said Attaye Ag Mohamed, head of a delegation from the Coordination of Azawad Movements Tuareg-led rebel alliance.

In September, France's foreign minister told the United Nations that French military efforts to combat terrorism in West Africa's Sahel region were not sustainable without political stability and respect for the democratic process.

Violent attacks across Mali, Niger and Burkina Faso rose eightfold from 2015 to 2020, according to U.N. figures. That has driven 2 million from their homes and left swathes of territory outside government control.