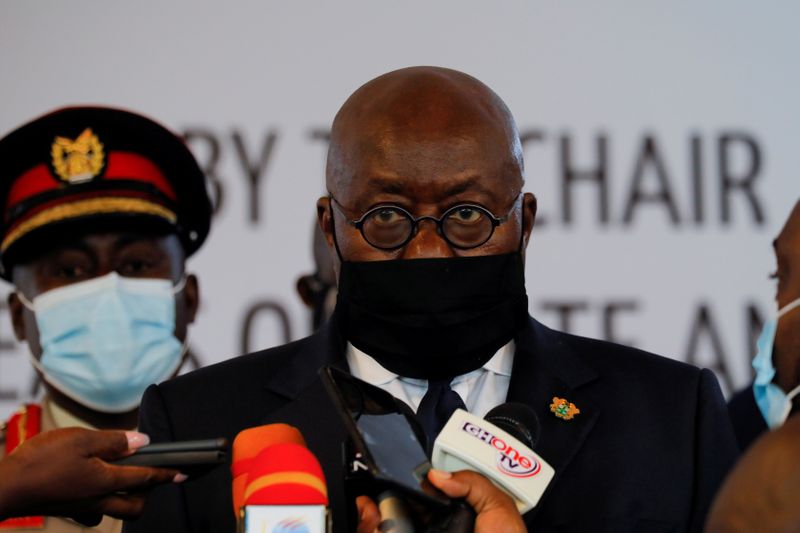 ACCRA (Reuters) - Ghana's Supreme Court on Thursday upheld President Nana Akufo-Addo's election victory, a ruling grudgingly accepted by the runner-up John Mahama who maintained the legitimacy of his challenge over alleged irregularities in the results.

Mahama said that votes were added to Akufo-Addo's total in some polling stations, pushing him above the 50% threshold needed to avoid a runoff. The court said his allegations were without merit.

"The petitioner did not demonstrate in any way how the alleged errors... affected the validity of the (results)," said Chief Justice Kwasi Anin-Yeboah.

Mahama said he had to accept the judgement, but did not believe his challenge had been dealt with properly.

"As much as I'm aware that we're legally bound by the decisions of the Supreme Court, I disagree with the process of the trial and the ruling of the court," he told supporters after the ruling.

Only one other Ghanaian presidential election, in 2012, was formally contested by the losing candidate. The court rejected Akufo-Addo's challenge to then-incumbent Mahama's victory in a case that dragged on for eight months.

This time it was Mahama's turn to admit defeat.

"We may have lost the temporary battle of the 2020 election and the petition that has followed, but the larger struggle to create a society that lives up to our national motto of freedom and justice still rages on," he said.

The election witnessed heated rhetoric during campaigning and vote-related violence that killed at least five people, a rarity in a country that has a reputation as one of West Africa's most stable democracies.