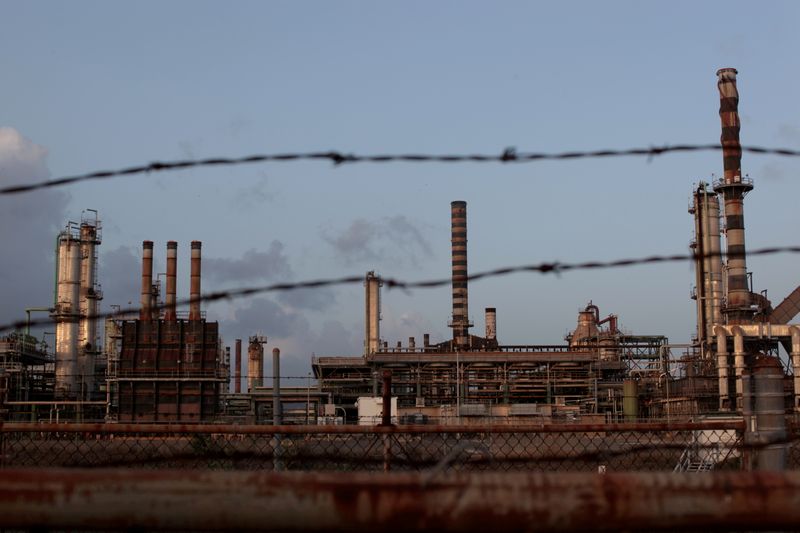 Schools in St. Croix shut for the second time in a month last week after residents smelled an odor, and many reported physical symptoms such as headaches, nausea and burning eyes. Three residents sought medical attention at the local hospital, according to a government health official.

Industrial hygiene specialists conducted air monitoring beginning Friday through Saturday evening at five locations to the west and northwest of the refinery, Limetree said on Sunday in a statement to Reuters.

The civil support team said Saturday that its preliminary readings from Friday afternoon into Saturday morning found elevated quantities of sulfur dioxide in the air near the refinery, but "readings conducted outside the other facilities Saturday did not provide any elevated readings of harmful chemical constituents."

Maintenance on one of the refinery's units, a coker unit that upgrades residue from refining, was causing "light hydrocarbon odors", a Limetree spokesperson said last week.

In April the U.S. Virgin Islands Department of Planning and Natural Resources (DPNR) determined that the refinery was emitting excess sulfur dioxide due to hydrogen sulfide being burned, causing the earlier odor on DATE.

Air monitoring instruments from the U.S. Environmental Protection Agency arrived on Saturday, according to the Virgin Island's Government House. They will be deployed throughout the island to conduct continuous air quality monitoring "in support of confirming the exact source of the odor."

The government said the team's investigation centers on the refinery but has not ruled out other sources of the odor.

Limetree agreed to resume sulfur dioxide monitoring, days after the U.S. Environmental Protection Agency notified the company that it was in violation of the Clean Air Act, but contested the violation.