Lebanon's cash for power generation may run out at the end of March, says minister 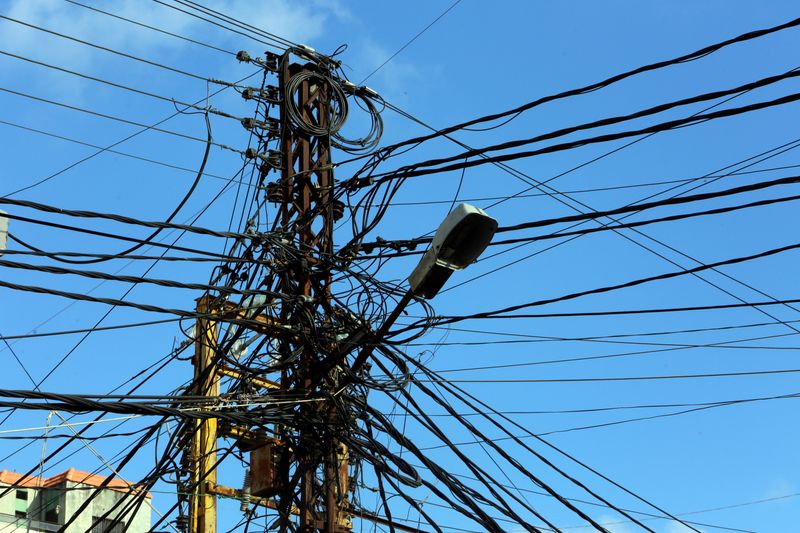 Lebanon, which is grappling with a deep financial crisis triggered by a mountain of debt, already lacks power generation capacity, so homes and businesses face power cuts for several hours each day, forcing many to turn to private generators.

"We are headed towards a difficult situation, if there is no fuel there will be no electricity," Raymond Ghajar told Reuters.

The minister said he had asked the president, the caretaker prime minister and head of parliament to approve an emergency loan for the state power company worth 1,500 billion Lebanese pounds ($996 million at the official rate) to buy more fuel.

Ghajar said earlier this month that Lebanon usually only kept enough fuel for a couple of months as it was too costly for the country to hold strategic reserves for six months.

Lebanon's financial meltdown, the biggest crisis since the end of the 1975-1990 civil war, has fuelled unrest, locked depositors out of their accounts and sparked a collapse in the currency, which has lost 80% of its value against the dollar.

Although some official transactions are still conducted at the pre-crisis official Lebanese pound rate of 1,500 to the dollar, the street value of the currency has plummeted to more than 9,000.

Prime Minister Hassan Diab and his cabinet, who resigned after the huge Beirut port blast on Aug. 4, are acting in a caretaker role as fractious politicians have failed to agree on the formation of a new government, leaving Lebanon rudderless while swathes of the nation have been plunged into poverty.

Because it is acting in a caretaker capacity, the cabinet cannot hold sessions to approve a budget.