Lebanon's Hariri sees no way out of crisis without Arab support 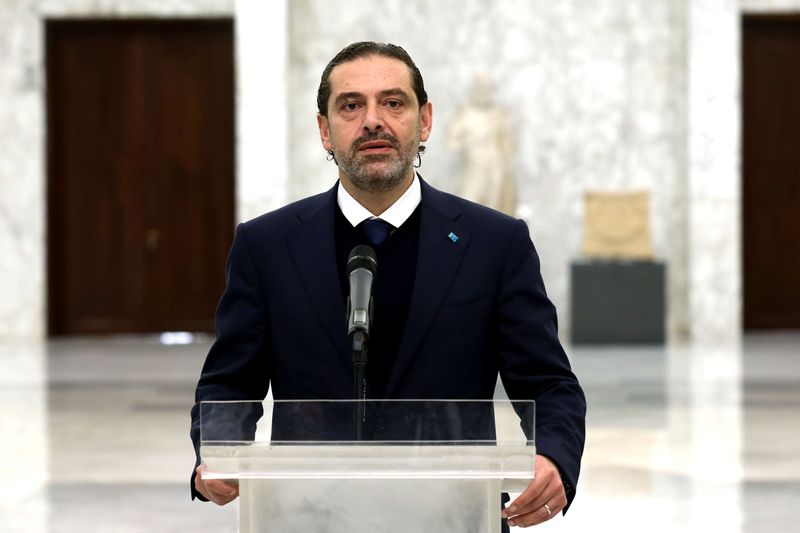 BEIRUT (Reuters) - Lebanese Prime Minister designate Saad al-Hariri on Sunday said that his country could not be rescued from its current crisis without the support of Arab countries and the international community.

Gulf states have long channelled funds into Lebanon's fragile economy, but they are alarmed by the rising influence of Hezbollah, a powerful group backed by their arch-rival, Iran, and so far appear loath to ease Beirut's worst financial crisis in decades.

"There is no way out of the crisis ... without a deep reconciliation with our Arab brothers and an end to using the country as a staging point for attacking Gulf countries and threatening their interests," Hariri said in a televised speech marking 16 years since the assassination of his father, ex-premier Rafik al-Hariri.

A U.N. backed tribunal in December convicted a Hezbollah member of conspiring to kill Rafik al-Hariri in a 2005 bombing. Hezbollah has denied any links to the attack.

Saad al-Hariri, a former prime minister himself, was given the task of forming a government in October but is struggling so far to cobble together a cabinet to share power with all Lebanese parties, including Hezbollah.

After a meeting with President Michel Aoun on Friday, Hariri said there had been no progress on the formation of a government.

Under a sectarian power-sharing system, Lebanon's president must be a Maronite Christian and the prime minister a Sunni Muslim. President Aoun is an ally of Hezbollah, listed as a terrorist group by the United States.

On Sunday Hariri blamed Aoun for impeding progress, saying he had visited the president 16 times since his nomination as prime minister and proposed names to no avail.

France has been spearheading efforts to rescue Lebanon from its worst crisis since the 1975-1990 civil war.

A new government is the first step on a French roadmap that envisages a cabinet that would take steps to tackle endemic corruption and implement reforms needed to trigger billions of dollars of international aid to fix the economy, which has been crushed by a mountain of debt.

"In all my communications there is a readiness and an enthusiasm to help Lebanon, to stop the collapse and rebuild Beirut," Hariri said.

"But it is all waiting for the push of a button and that button is government formation."