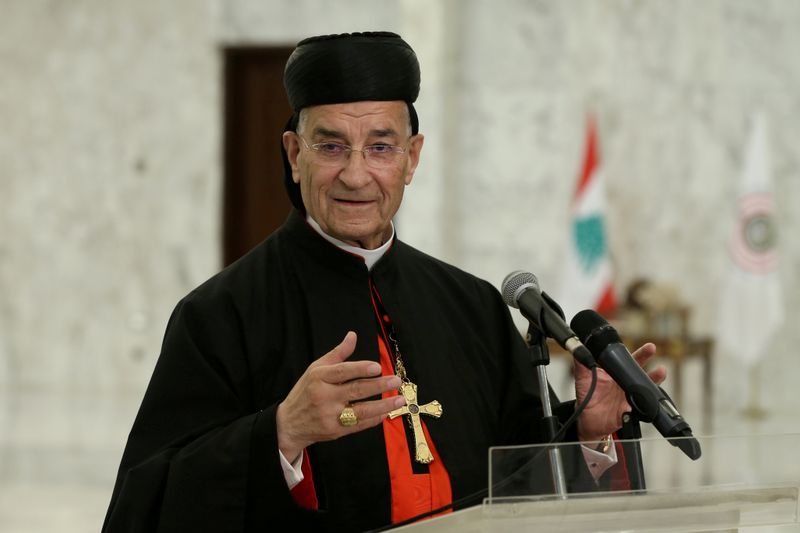 BEIRUT (Reuters) - Hundreds of Lebanese gathered at the seat of the Maronite church on Saturday to support calls by its leader for the country to be neutral in regional conflicts as a way to lead it out of political and economic crisis.

Lebanon has been in financial meltdown since 2019 and feuding politicians have been unable to form a government since the last one quit in the aftermath of an Aug. 4 explosion in the capital, leaving the country rudderless.

"You came from all over Lebanon ... to support two things: neutrality and an international conference for Lebanon under the auspices of the United Nations. In one word you came here to save Lebanon," Rai, who is Lebanon's most senior Christian cleric, told the crowd at the church's seat in Bkirki.

"Through an international conference we want to announce the neutrality of Lebanon so that it does not return to become a victim of conflicts and wars and divisions," he said. "There are no two states in one land and no two armies in one state."

Rai did not specifically refer to the Iranian-backed Hezbollah, but several people in the crowd shouted "Iran, get out" in reference to the Shi'ite group.

Heavily armed Hezbollah has supported Iran in its power struggle with Sunni-led Arab Gulf states in the region.

Opponents of the group say its alliance with Tehran has led Gulf Arabs - who once supported Lebanon - to steer clear, closing off an important source of aid.

Prime Minister-designate Saad al-Hariri was given the task of forming a government in October but is struggling to cobble together a cabinet to share power with all Lebanese parties, including Hezbollah.

Hariri said earlier in February there was no way out of the crisis without the support of Arab countries.