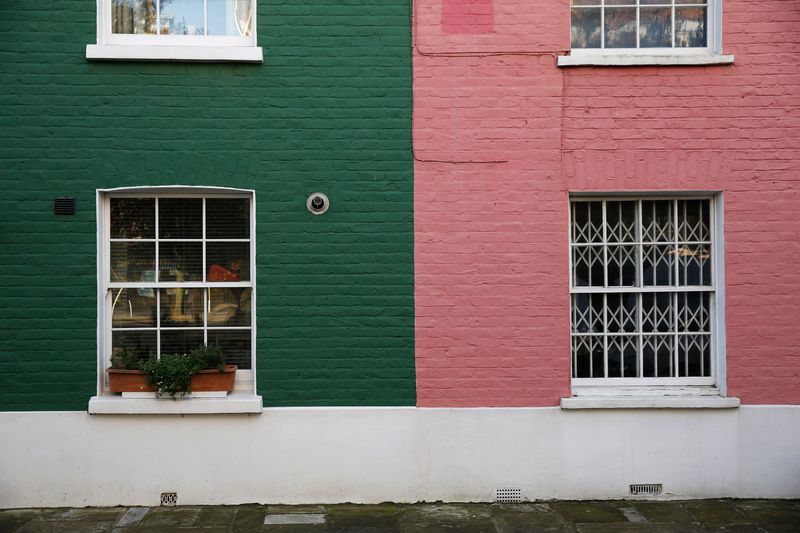 LONDON (Reuters) - The number of people in Britain putting their home up for sale fell for an eighth month in a row in November, placing further upward pressure on house prices, the Royal Institution of Chartered Surveyors (RICS) said on Thursday.

RICS said its monthly house price balance held at +71 in November after an upward revision to October's reading, not far from the 33-year high of +82 recorded in June.

"The continuing drought in new listings was a significant factor holding back the market nationwide," RICS said.

"Unless this trend is reversed soon, transaction levels may flat-line in 2022 with limited choice proving more significant than any shift in the interest rate environment for new buyers," RICS chief economist Simon Rubinsohn added.

The Bank of England has said it is likely to raise interest rates from a record-low 0.1% in the coming months, although financial markets have dialled back their bets on a move at next week's meeting, due to the new Omicron coronavirus variant.

Britain's housing market surged through most of last year and in 2021, bolstered by more demand for space to work from home during the pandemic, as well as temporary tax breaks for house-buyers which were phased out between July and September.

The most recent official data shows house prices rose 11.8% in the year to September and RICS said surveyors expected house prices to "drift higher" over the next 12 months.

"Even if the cost of mortgage finance does begin to edge up, it is likely that house prices will continue to move higher through the coming year, albeit at a somewhat slower pace than over the past 12 months," Rubinsohn said.

Rents were forecast to rise by 4% as demand from tenants rose but supply from landlords fell.