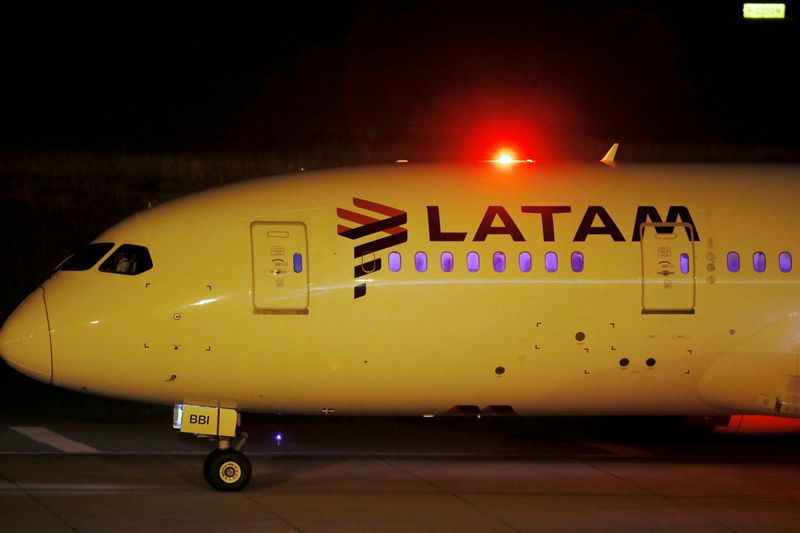 SAO PAULO (Reuters) - LATAM Airlines Group, the region's largest carrier, said on Thursday that it is seeing increased demand from South Americans seeking to travel to the United States to get vaccinated against the coronavirus.

"The past few weeks we have seen an increase in that demand and in the occupancy of those planes, but we continue with a capacity that is infinitely lower than pre-pandemic," Ramiro Alfonsin, LATAM's chief financial officer, said.

Chile-based LATAM on Thursday reported a net loss of $431 million in the first three months of the year, which executives said reflected the crushing second pandemic wave that hit the region.

Latin America has been ravaged by the coronavirus pandemic, which has overwhelmed its weak health infrastructure while governments have struggled to secure coveted vaccines partly because of the higher purchase power of developed nations.

As a result, some wealthier Latin Americans have been seeking vaccination in the United States, especially in recent weeks when the vaccines have become more widely available there.

Alfonsin told reporters that LATAM passengers from Peru, Colombia and Ecuador are flying directly to the United States, while those from Argentina are flying via Santiago or Lima.

Most travelers coming from Brazil, however, are not allowed into the U.S. because of fears that they will spread a local variant of the virus that experts say is more contagious.

LATAM, which filed for bankruptcy restructuring last year because of the pandemic's effect on travel, expects to exit its Chapter 11 process in the United States by the end of the year, Alfonsin added.