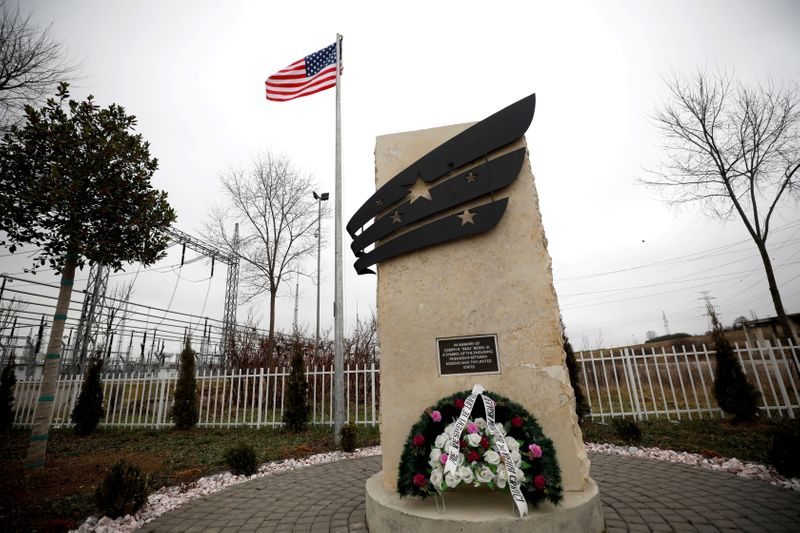 PRISTINA (Reuters) - Kosovo's president on Sunday awarded a medal to the late son of U.S. President Joe Biden for his service in building the countryâs justice system after war ended more than two decades ago.

Beau Biden worked in Kosovo after the 1998-99 war, helping to train local prosecutors and judges for the Organization for Security and Co-operation in Europe. The former Delaware Attorney General died in 2015 of cancer aged 46.

âBeauâs work in Kosovo was heartfelt; he fell in love with the country,â President Biden said in a pre-recorded video message played during the ceremony in Pristina on Sunday.

In 2016 Biden, then vice president, unveiled a memorial to his son in Kosovo. A road leading to Camp Bondsteel, home to the 700 American soldiers who still help maintain the fragile peace in Kosovo, was also named after Beau Biden.

Naming streets after U.S. officials has become something of a tradition in Kosovo, whose population is mainly ethnic Albanian and which considers the United States its saviour for its support of a 1999 bombing campaign that deprived Serbia of control of Kosovo.

Kosovo declared independence in 2008 with Western backing, but Serbia still refuses to recognise it and considers it part of its territory.

âWhat the United States and the American people have done for our country, for our freedom, for our right to exist, goes beyond any partnership currently witnessed in the world. Mr. President, Kosovo is your home too,â said Kosovo President Vjosa Osmani while presenting the award.