KKR-backed KnowBe4 valued at over $3.5 billion in strong Nasdaq debut 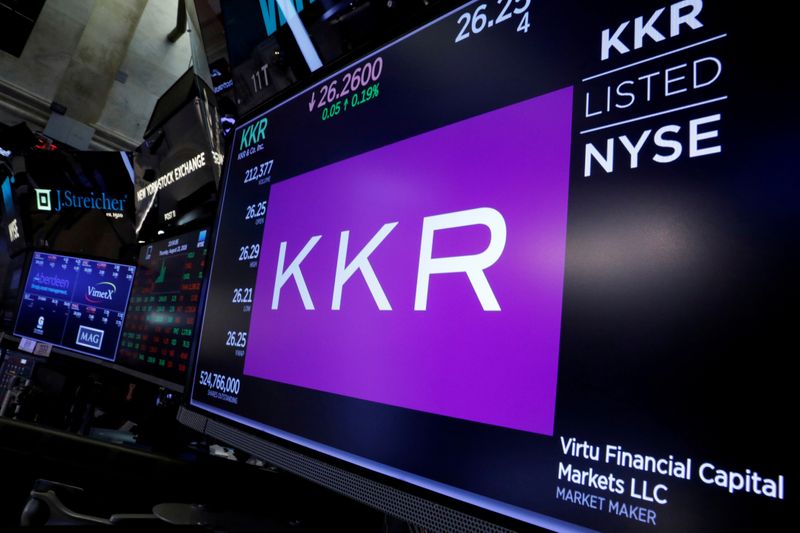 FILE PHOTO: Trading information for KKR & Co is displayed on a screen on the floor of the New York Stock Exchange (NYSE) in New York, U.S., August 23, 2018. REUTERS/Brendan McDermid

(Reuters) - Cybersecurity firm KnowBe4 Inc on Thursday joined a string of technology-focused companies that saw strong market debuts in the United States this year, after its shares opened nearly 25% above their offer price on Nasdaq.

The company, backed by private equity firm KKR & Co Inc, gained a valuation of $3.56 billion in afternoon trading when its shares were up 33%. They opened at $19.95, above the initial offering price of $16.

KnowBe4 on Wednesday priced its offering of 9.5 million shares at the lower end of a range announced earlier, for a total raise of $152 million. Excluding proceeds from shares offered by the selling stockholders, the company would receive around $144 million.

Founded in 2010 by Stu Sjouwerman, KnowBe4 allows clients to simulate phishing attacks on their employees and check how well they are protected. It also offers security awareness training.

A part of the proceeds would be used to expand further into international markets including the United Kingdom and Japan, Sjouwerman said.

Demand for KnowBe4's services increased during the COVID-19 pandemic, as companies spent more to protect the IT systems of employees working from home.

"It's going to take a long time before things return to normal and people come back to office, so we don't see a major change in the growth trajectory in the near future," Sjouwerman said.