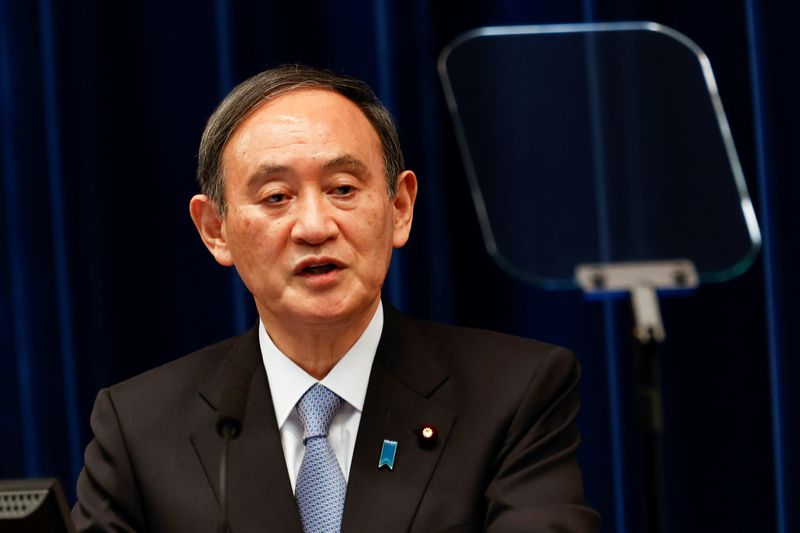 TOKYO (Reuters) - Japanese Prime Minister Yoshihide Suga said there was a chance he could call a snap general election before his current term as head of the ruling Liberal Democratic Party (LDP) ends in September, according to the Asahi newspaper.

The remark, made in a late-night television programme on Tuesday, came amid lingering speculation that Suga may dissolve parliament after a scheduled visit to the United States later this month.

The last election of a lower house chamber took place and in 2017 and the next one does not have to be held until October this year, though the prime minister has the power to dissolve parliament and call a snap election.

"There's certainly a chance of dissolving parliament before the LDP leadership race," Suga was quoted as saying during the programme, according to Asahi, referring to the ruling party's appointment of a leader.

Suga won the LDP leadership in September, taking over from outgoing prime minister Shinzo Abe, who resigned citing health reasons. He has repeatedly voiced caution over a snap election, stressing the need to focus on measures to contain the coronavirus pandemic that is ravaging the economy.