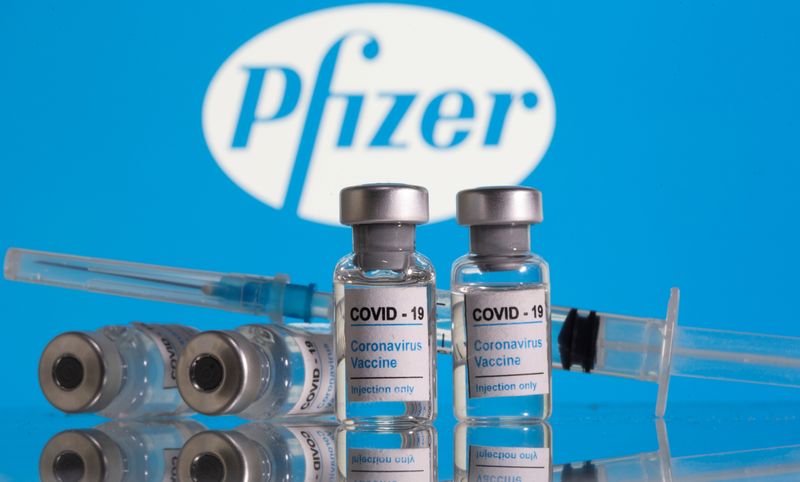 TOKYO (Reuters) - Japan's Health Ministry said on Sunday it has officially approved Pfizer Inc's COVID-19 vaccine, the first such approval in the country as it steps up efforts to tame a third wave of infections in the run-up to the Summer Olympic Games.

The move had been widely expected after a government panel recommended approval on Friday, at which point Health Minister Norihisa Tamura said Japan would give its final approval as soon as possible.

Prime Minister Yoshihide Suga has said vaccinations will begin from the middle of next week, starting with some 10,000 health workers. The government hopes to secure enough supplies for the whole populace - some 126 million people - by mid-year.

Much of Japan is still under a state of emergency after its third and most deadly wave of the virus hit late last year. Cases and fatalities have trended lower in the past couple of weeks and Tokyo logged just under 400 cases in the capital on Sunday.

Japan has so far recorded about 410,000 coronavirus cases nationally and 6,772 deaths. The Olympic Games are due to start July 23.