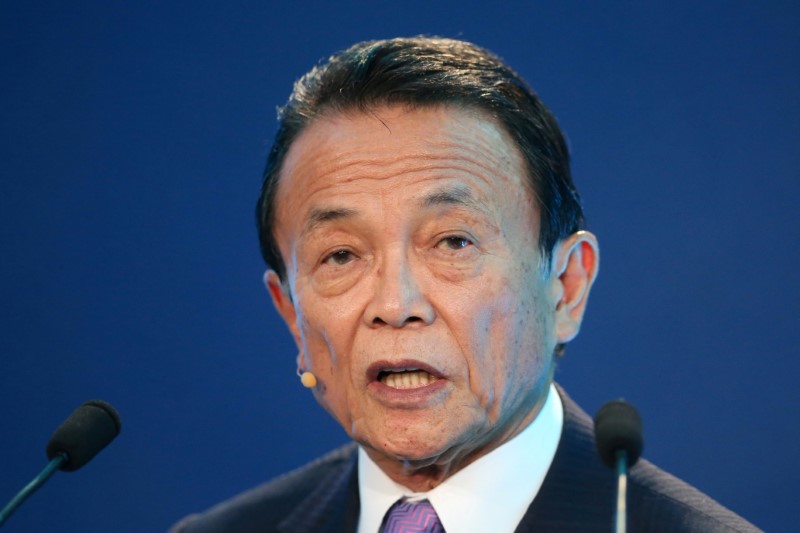 TOKYO (Reuters) - Finance ministers and officials from Japan and China are to meet in Beijing on Aug. 31, a Japanese official said, a sign of improving ties amid Sino-U.S. trade tensions.

Japan and China have begun discussing a resumption of the arrangement, which mean a swap worth about 3 trillion yen ($27.15 billion), far bigger than the previous $3 billion line.

Aso, who also serves as deputy prime minister, may meet separately with Chinese Vice Premier Liu He, who is in charge of trade talks with Washington, Kyodo news agency reported.

That suggests the two sides may discuss trade tensions with the United States, and how trade protectionism threatens global economic growth, a shared concern among G20 economic powers.

The meeting comes after U.S. and Chinese officials ended two days of talks on Thursday, with no major breakthrough, as their trade war escalated with activation of another round of dueling tariffs on $16 billion worth of each country's goods.