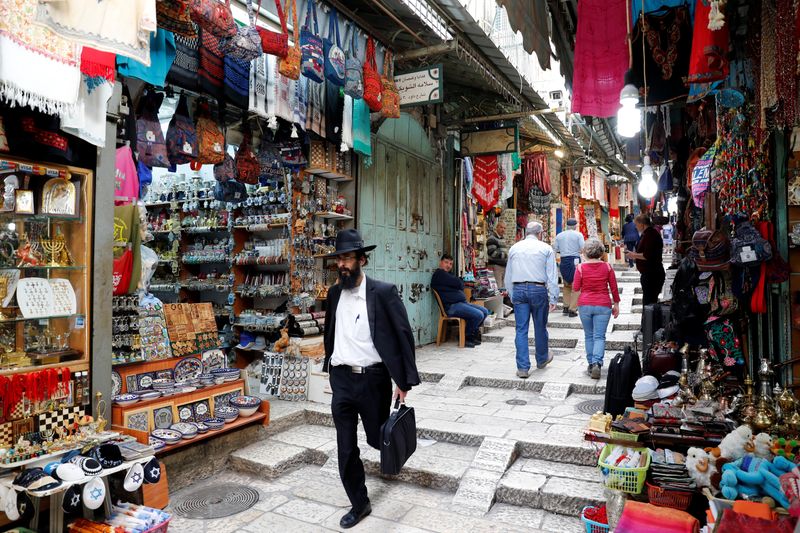 In its preliminary estimate, the Central Bureau of Statistics said the economy, though hurt by a lack of tourism, outperformed most Western countries in the OECD where the average contraction was 5.5%.

It was still a better performance than forecast. The Bank of Israel last month had projected a 3.7% contraction for 2020 while the Finance Ministry estimated an even steeper 4.6% fall.

"The economy in 2020 surprised to the upside and was especially good in light of the three closures imposed on households and business (to contain the coronavirus)," said Leader Capital Markets chief economist Jonathan Katz.

The numbers were boosted by a 6.3% annualised rise in fourth-quarter growth, helped by a jump in vehicle sales ahead of a tax hike at the start of 2021, and followed a 41.5% surge in the third quarter.

The shekel gained slightly versus the dollar after the data were published, while Tel Aviv shares were marginally lower.

Growth is expected to rebound in 2021, with the Bank of Israel forecasting a 6.3% rise if the rapid pace of Israel's COVID-19 vaccination campaign is maintained.

"Growth will be exceptionally strong in 2021," said Goldman economist Murat Unur, citing the accelerating vaccination drive. "We think that this will enable a relatively quick opening up of the economy, providing a burst to growth."

Israel, with a population of 9.3 million, is starting to emerge from a third lockdown as 4 million people have already received a first inoculation and 2.6 million of them have received a second dose.

Many businesses are expected to reopen next week after weeks of closure that pushed the jobless rate to above 15%.

Surveys show that although many families are struggling to make ends meet each month, consumer spending has held up.

While private spending slipped 9.4% in 2020, analysts said it could have been far worse and was underscored by a lack of travel that prompted people to make more domestic purchases.

Katz believes that the first quarter of 2021 will be weak due to the tail end of the lockdown, but growth in the final nine months of the year will be very strong -- as much as 9% growth in annual terms.

On Monday, the bureau of statistics said Israeli inflation fell 0.4% in January over the prior 12 months. The inflation rate was -0.7% in 2020.