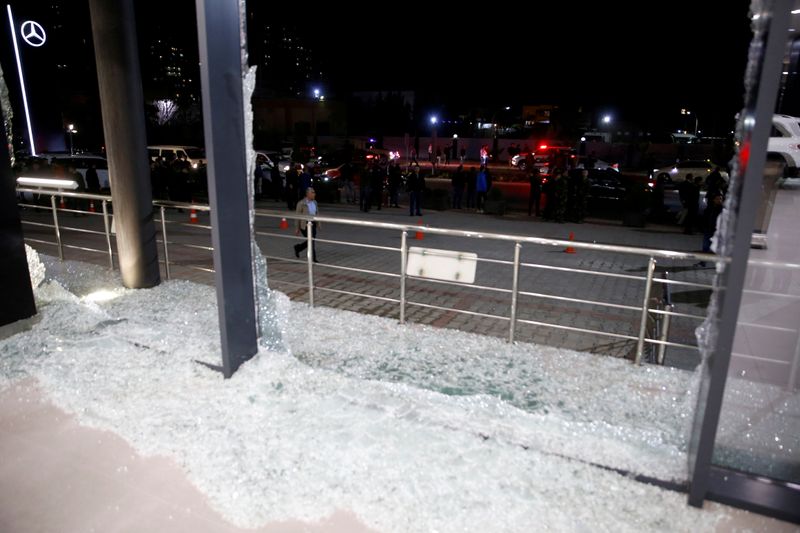 Acting U.S. Ambassador to the United Nations Richard Mills told a U.N. Security Council meeting on Iraq that one of the highest barriers to creating a conducive environment for credible, peaceful and inclusive elections "is the presence of armed militias, violent extremists and spoilers."

"A conducive environment means that we must address Iran-backed militias and Iran's destabilizing activities in Iraq, as well as the remaining ISIS (Islamic State) elements," Mills told the 15-member council.

"These groups undermine the public's trust in the government, and in the October 2021 elections. They're killing Iraqi citizens and depriving Iraq of much-needed economic relief and foreign investment. No one is immune," he said.

A rocket attack on U.S.-led forces in northern Iraq on Monday killed a civilian contractor and injured a U.S. service member. The attack was claimed by a group that some Iraqi officials say has links with Iran.

"Such reckless attempts to inflame tensions pose grave threats to Iraq's stability. Close collaboration between Baghdad and Erbil, to bring the culprits to justice, is now of the greatest importance," U.N. Iraq special envoy Jeanine Hennis-Plasschaert told the Security Council on Tuesday.

"Among its top priorities, the United States will seek to help Iraq assert its sovereignty in the face of enemies at home and abroad, by preventing an ISIS resurgence and working toward Iraq's stability," he said.