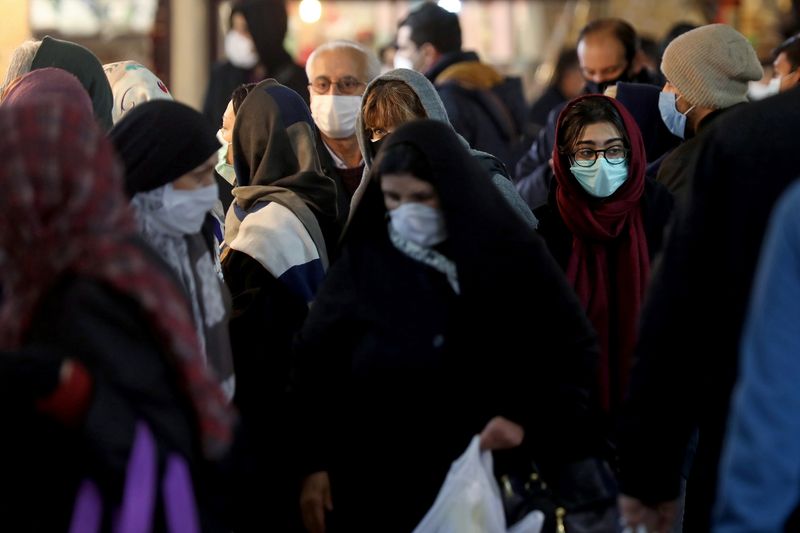 DUBAI (Reuters) - Iran's health minister warned on Saturday of a fourth COVID-19 surge with the possible spread of a mutated virus in the worst-hit country in the Middle East.

President Hassan Rouhani told state television "alarm bells were ringing for a fourth coronavirus wave" as at least nine cities and towns in Iran's southwest were declared high-risk "red" zones after a rise in cases on Friday.

"Hard days are beginning for us and you must prepare to fight the most uncontrollable mutated virus which is unfortunately infecting the country," health minister Saeed Namaki told heads of medical colleges in a meeting carried live on state TV.

Namaki said Iran's three first deaths this week from the virus variant first found in Britain - including that of a 71-year-old woman with no history of travel - suggested that the virus was spreading and soon "may be found in any city, village or family".

Namaki urged Iranians to avoid gatherings in order "not to turn weddings into funerals" during one of the traditionally most popular wedding months in the country.

Iran started a vaccination drive on Tuesday, two weeks after declaring there were no "red" cities left in the country. The inoculation focuses on hospital intensive care personnel as authorities await enough vaccines for the general population.

On Friday, Iran received 100,000 of the 2 million doses of the Russian Sputnik V vaccine it has ordered and state media said Moscow may increase the order to 5 million shots and allow Iran to produce the vaccine locally. Tehran also expects to receive more than 4 million doses of AstraZeneca's shot.

Iran has recorded more than 1.5 million cases and 58,883 deaths, with the death toll of 74 on Saturday corresponding to an eight-month low, according to health ministry data.

Tehran began human trials of the first of its three domestic vaccine candidates in December.