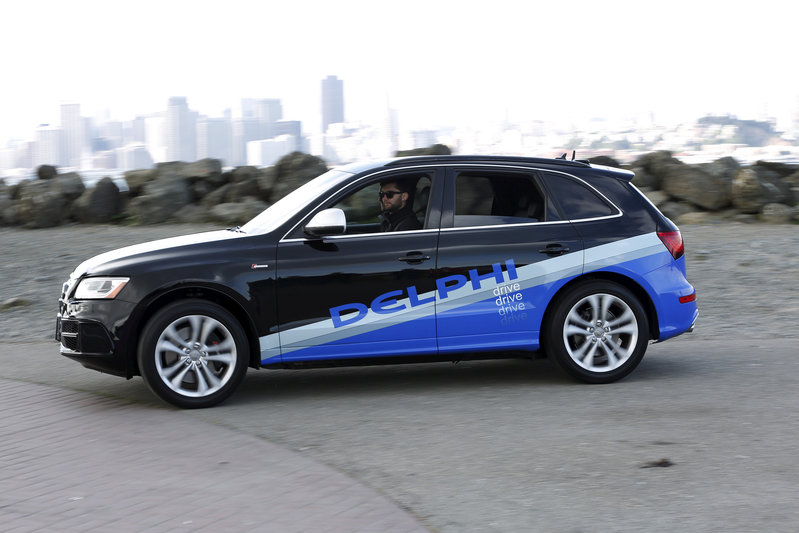 By Nick Carey and Edward Taylor

Vehicles driven by humans and powered with petroleum will dominate roads from Shanghai to San Francisco for years to come, but investors who supply the capital to produce such vehicles are signaling a belief that after a century-long run, internal combustion cars are a sunset industry.

The most dramatic symbol of this turn is electric luxury car maker Tesla Inc's (NASDAQ: TSLA) ascent this year to a higher market capitalization than either Ford Motor Co (NYSE: F) or General Motors Co (NYSE: GM). Despite a recent slump in U.S. sales, the Detroit giants are robustly profitable, while Tesla has yet to earn a full year profit. Tesla reports first-quarter results later Wednesday.

Delphi shares rose as much as 12 percent on Wednesday after the company announced its plan to separate into two entities - one dedicated to internal combustion technology and the other focused on electrification and automation. The shares closed at $87.01, up nearly 11 percent, representing about $2 billion in added market value.

âThereâs a whole element of the componentry of the car that Wall Street values at a lower level,â Delphi Chief Executive Officer Kevin Clark told Reuters in an interview on Wednesday.

Combustion engines are taking a hit from regulators, particularly those in Europe and China, who want to slash greenhouse gas and smog forming emissions on a fast timetable. That risk was exacerbated by Volkswagenâs

Delphiâs Clark said he expects diesel production to decline by about 3 percent a year for the next few years.

POWERTRAIN OPERATIONS HAS ROOM TO GROW

U.S. auto supplier Visteon (NYSE: VC), like Delphi, has shed most of its traditional car parts making operations, and is focused on connected vehicle technology and infotainment.

Clark said Delphi's powertrain business, which has about $4.5 billion in annual revenues and does not yet have a name, has room to grow. The company will have more freedom to invest in that growth as its managers no longer have to compete for capital with opportunities presented by the increasing computerization of cars, Clark said.

The powertrain company, which accounted for about 27 percent of Delphi revenues last year, also could seize opportunities to consolidate other players in the legacy market, capitalizing on the continued demand for internal combustion and the regulatory pressure to make them cleaner, a person familiar with Delphi's strategy said.

Analysts on Wednesday estimated Delphiâs powertrain business will be valued at six to seven times earnings before interest and taxes, while the electronic and autonomous technology side of the company will likely command a higher valuation.

The electronic Delphi - which also could get a new name - will compete in a potential market the company estimates at more than $100 billion a year, nearly twice the size of the internal combustion market. Delphi said its electronic systems units had about $12 billion in revenue last year.

Delphi "is best positioned to be the 'picks and shovels' supplier of big data solutions" to automakers, Barclays analyst Brian Johnson wrote in a note on Wednesday.

But the market of the future is still largely in the future. Most established car makers, for instance, have not adopted over the air software upgrades on a mass scale, and depend entirely on internal combustion engine cars and sport utilities for profits.

Clark said over the next three to five years demand will accelerate for high speed in-vehicle data networking systems, autonomous driving technology and over the air software updates. Delphi has acquired a company that enables over the air software updates, as well as a company that develops high speed data networks. Clark said Delphi could make more acquisitions to expand its electronic systems capability, or forge more partnerships.

"If we can do more things like that" the Mobileye-Intel partnership, "that would be great," Clark said.

Delphi is betting that many automakers will ultimately opt to buy a standard system rather than invest in one-of-a-kind systems of their own. Delphi said it expects to launch its turnkey autonomous driving system with a customer in 2019.

The spinoff will be tax free and is expected to be completed by March 2018, Delphi said.

(Reporting By Nick Carey and Joseph White in Detroit, and Edward Taylor in Frankfurt. Writing by Joseph White; Editing by Bernard Orr and Tom Brown)