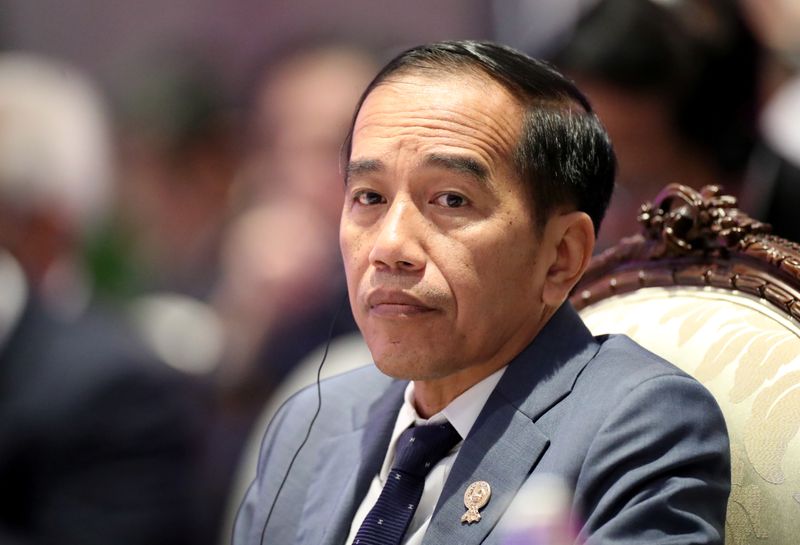 JAKARTA (Reuters) - Indonesian President Joko Widodo said on Monday local authorities should get prepared for potential forest fires later this year as hot spots had been detected on the island of Sumatra.

The Southeast Asian country has suffered some of the biggest tropical forest fires outside the Amazon and Congo in recent years, putting at risk endangered animals like orangutans and tigers and sending choking haze across the region.

"Ninety-nine percent of forest fires are perpetrated by humans, whether intentional or out of negligence," Jokowi, as the president is widely know, said in a virtual meeting with officials.

Jokowi said Sumatra is facing a rising risk of forest fires this month and warned that the Kalimantan region on Borneo island, as well as Sulawesi island, could also start seeing forest fires in May to July, with the peak expected in the August to September period.

The president said the fires could cause considerable financial losses and "not to mention the damage to our ecology and ecosystem."

Fires, sometimes set to clear land for palm oil plantations in the worldâs top producer of the commodity, were the most damaging in years in 2015, with the World Bank estimating they caused $16.1 billion of damage.

State news agency Antara, citing a meteorology official, reported that number of hot spots in Riau province on Sumatra island has jumped to 63 as of Monday, from nine a day earlier.