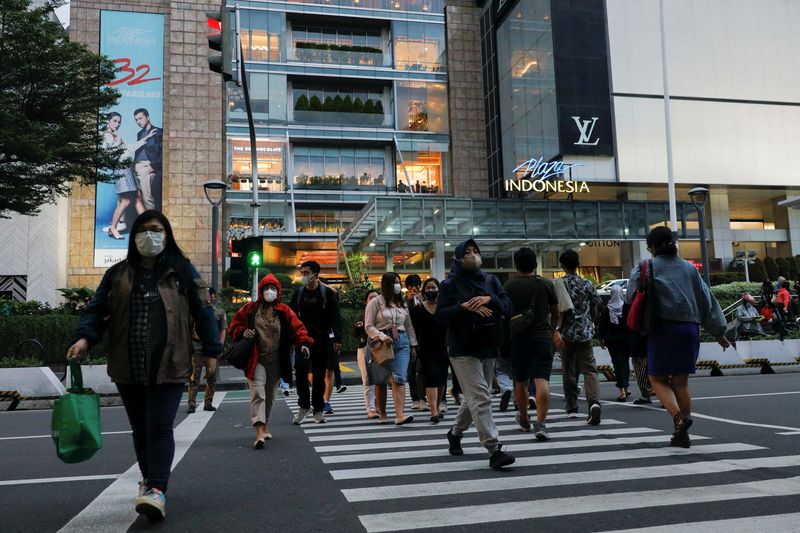 JAKARTA (Reuters) - Indonesia's president has asked the government to create a mechanism next year to ensure the rollout of B35 biodiesel, a senior minister said on Tuesday.

Indonesia, the world's top palm oil producer, currently has a mandatory 30% mix of palm oil fuel in biodiesel, known as B30.

"With the implementation of B35, it will reduce our dependency on (oil) imports," Chief Economics Minister Airlangga Hartarto said.

He did not provide further detail on plans for B35 implementation or give any timetable.

Speaking after a cabinet meeting, Airlangga also said that the government expects headline inflation at the end of 2022 to be between 5.34% and 5.5%.

"We will monitor the global geopolitical environment, extreme weather and the scarring effects on inflation," Airlangga said.