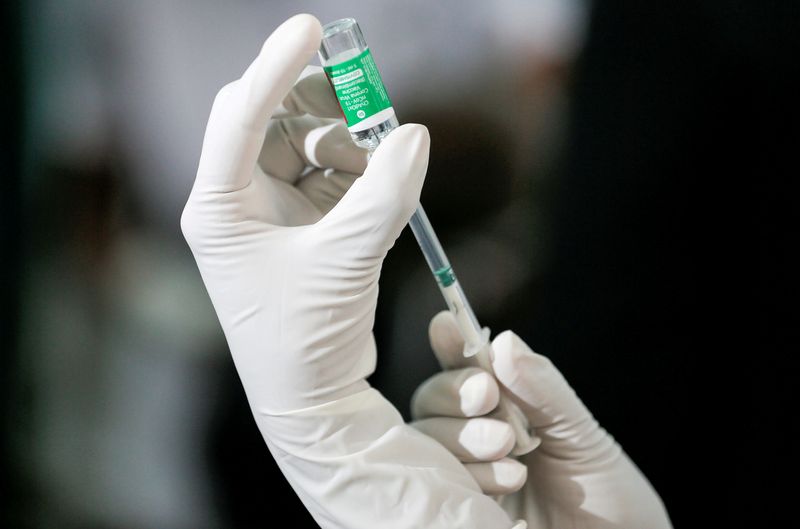 NEW DELHI (Reuters) - The Serum Institute of India, the world's biggest vaccine manufacturer, has asked the government for a grant of 30 billion rupees ($402.97 million) to increase its capacity to make AstraZeneca's COVID-19 vaccine.

It is seeking the money to ramp up monthly production to more than 100 million doses by the end of May, the government said in a statement on Wednesday, noting output was currently around 65-70 million doses a month.

The company is making vaccine doses for dozens of mainly poorer countries, though it has supplied Britain, Canada and Saudi Arabia due to AstraZeneca production issues elsewhere.

About 90% of the 86 million doses India has administered since mid-January have come from the institute, with the rest accounted for by a domestic vaccine developed by Bharat Biotech, which is also struggling to boost output.

Some Indian states have complained of a vaccine shortage even though immunisations are currently limited to front-line workers and people aged over 45, or 400 million of India's 1.35 billion people.