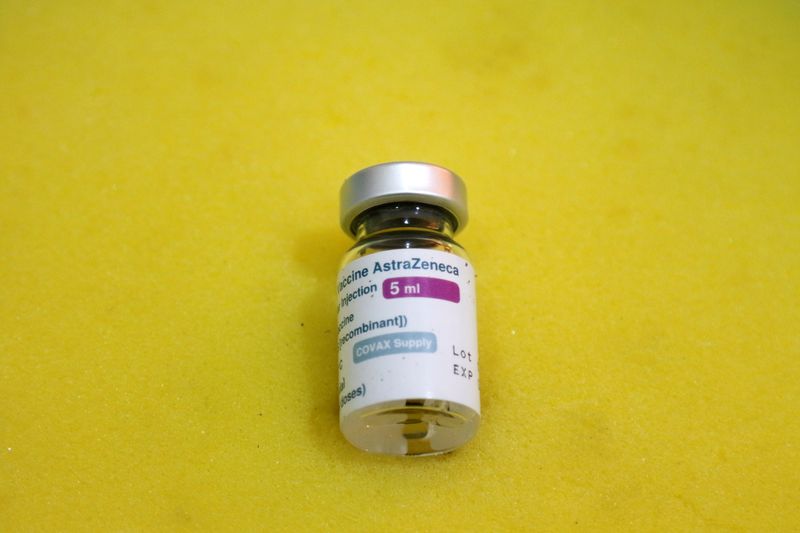 FILE PHOTO: A vial of the AstraZeneca vaccine against the coronavirus disease (COVID-19) is seen during vaccination in Baghdad, Iraq March 27, 2021. REUTERS/Khalid al-Mousily

Indian Prime Minister Narendra Modi made the offering at the end of a two-day tour of Bangladesh to celebrate its 50th independence anniversary. The trip also marked Modi's first foreign travel since the outbreak of the pandemic.

Bangladesh signed a deal in November with the Serum Institute of India, the world's biggest vaccine maker, for 30 million doses of the AstraZeneca vaccine.

The country of more than 160 million people has already received 9 million vaccine doses from Serum. India has also previously gifted its neighbour 2 million doses of the shot that Serum is producing for many countries.

India has told its international partners that it will prioritise domestic inoculations over exports of vaccines as it battles a rise in new infections.

"Bangladesh has requested a regular supply of the remaining vaccines purchased from the Serum Institute," the country's foreign minister A.K. Abdul Momen said in a televised speech. Bangladesh has vaccinated more than 5.2 million people since the start of its inoculation campaign in February.

It has seen a spike in coronavirus cases in recent weeks, which the government has blamed on crowding and citizens ignoring health guidelines. Latest figures showed it recorded 3,674 new infections, the highest daily count since July 2, taking the total number of cases to 591,806, with 8,869 deaths.