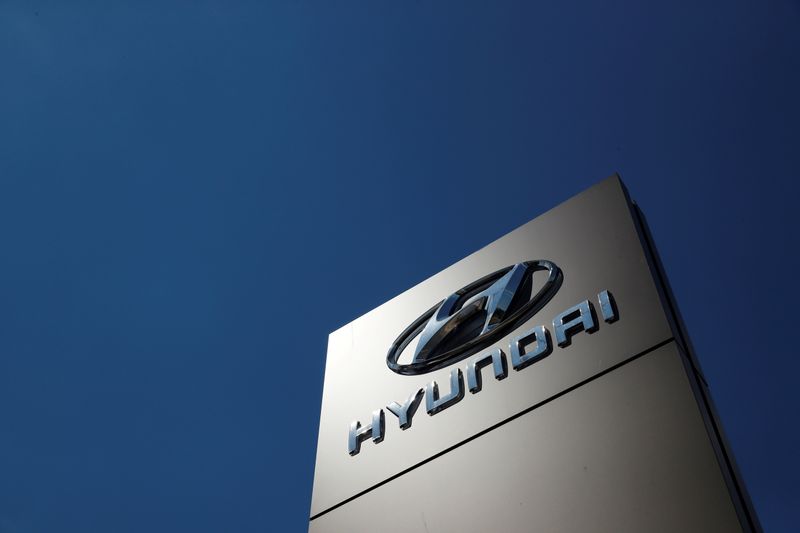 FILE PHOTO: A shop sign of Hyundai is seen outside a car showroom in Bletchley, Milton Keynes, Britain, May 31, 2020. REUTERS/Andrew Boyers/File Photo

(Reuters) - Korean automaker Hyundai Motor Co <005380.KS> is creating a family of electric vehicles it will sell under the Ioniq brand as part of its drive to become the world's third-largest seller of EVs by 2025, the company said on Sunday.

Hyundai said the elevation of Ioniq from an individual vehicle nameplate to a brand will help support its goal of capturing 10% of global EV sales in 2025.

California-based Tesla Inc (NASDAQ: TSLA), which makes only electric vehicles, aims to retain its current position as the world's EV leader. Chief Executive Elon Musk has said he expects the company to sell "a few million" vehicles in 2025.

Ioniq was launched four years ago as a vehicle name plate under the Hyundai brand. The compact hatchback was offered with a choice of three powertrains: Conventional gas-electric hybrid, plug-in hybrid and pure battery electric. Those models will continue in production.

Starting in early 2021, Hyundai said it plans to introduce three all-electric models under the Ioniq brand. They include the Ioniq 5, a midsize crossover based on the 2019 Hyundai 45 concept; in 2022, the Ioniq 6 sedan, based on the Hyundai Prophecy concept unveiled earlier this year, and in early 2024, the Ioniq 7, a large crossover.

The three new Ioniq models will be built on a dedicated EV platform known internally as E-GMP, for Electric Global Modular Platform, which will "enable fast charging capability and plentiful driving range," the company said in a statement.

(Reporting by Paul Lienert in Detroit; Editing by Matthew Lewis)