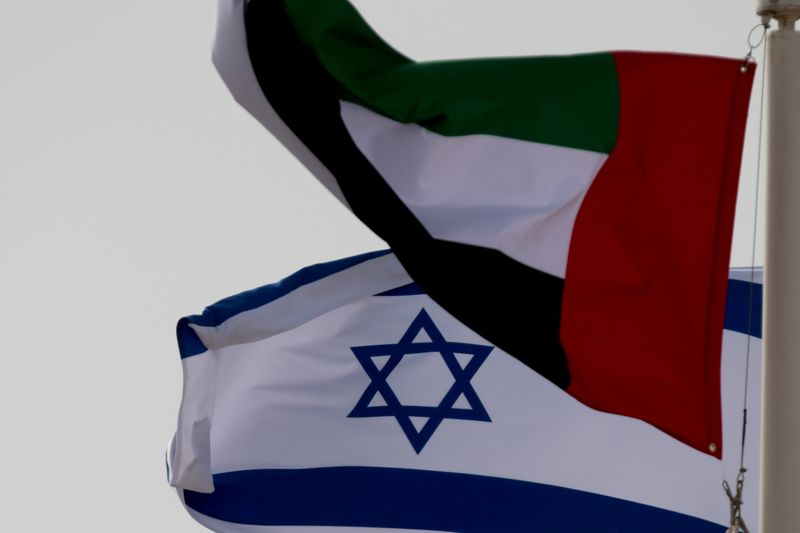 JERUSALEM (Reuters) - The chief of the United Arab Emirates Air Force visited Israel on Monday on what the host country described as a harbinger of cooperation in air power.

The U.S. allies normalised relations last year, brought together by shared worries about Iran and a desire for business ventures. Their public embrace has so far been in the diplomatic and commercial, rather than military, spheres.

"This is a truly historic day with tremendous significance for the future of cooperation between our air forces," his Israeli counterpart, Major-General Amikam Norkin, tweeted. The statement did not elaborate on how such cooperation might look.

Israeli media have suggested the UAE - along with Gulf neighbour Bahrain, which also formalized ties with Israel last year - may be interested in joint defences against Iranian-made drones.

Iran denies arming any paramilitary forces across the region. Israel has mounted regular strikes against what it has described as Iranian-linked targets in Syria, including one such attack on Monday, according to Syrian state media.

He did not name the countries nor detail the cooperation, other than to say it had been enhanced by Israel's inclusion this year in Centcom, a U.S. military coordination umbrella organization for the Middle East.