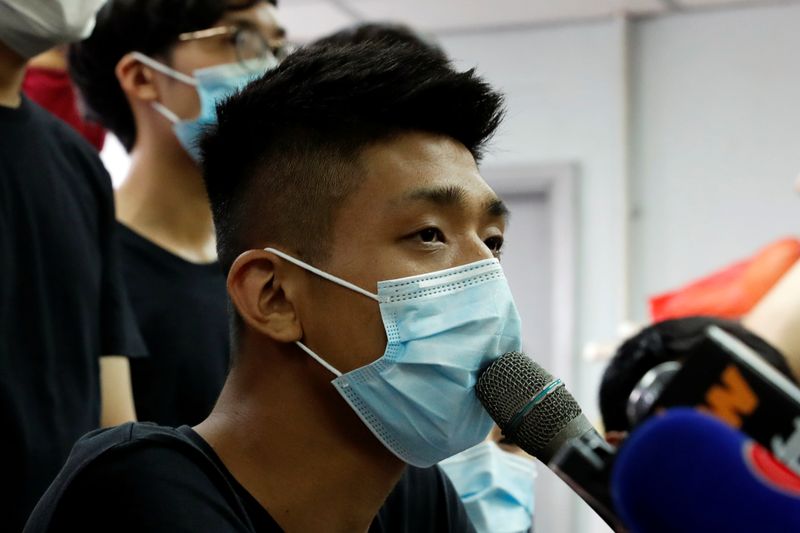 Owen Chow, 24, who has been in jail for nearly four months, was ordered to pay HK$50,000 and follow a list of bail conditions, including not threatening national security, reporting to police every day and surrendering all travel documents, according to RTHK.

Chow was the 12th activist in the case who was given bail while awaiting trial.

Foreign diplomats and rights groups are closely watching proceedings as concerns rise over the vanishing space for dissent in the former British colony, which has taken a rapid authoritarian turn since the law was imposed in June 2020.

The case offers insight into how the security law drafted by Beijing clashes with Hong Kong's common-law traditions and could see activists held in custody for months until their trial begins.

In contrast with past practice, the new law puts onus on defendants in the global financial hub to prove they will not pose a security threat if released on bail.

Wong and the other charged activists are accused of organising and participating in an unofficial, non-binding primary poll in July 2020 that authorities said was part of a "vicious plot" to "overthrow" the government.