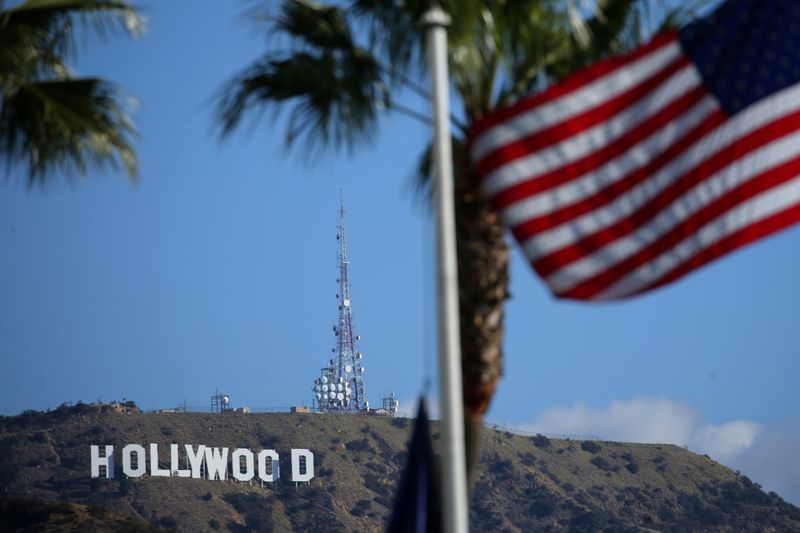 LOS ANGELES (Reuters) - Camera operators, make-up artists and other behind-the-scenes workers on Hollywood films and television shows voted resoundingly to authorize a strike if they cannot reach agreement with producers on a new contract, their union said on Monday.

The International Alliance of Theatrical Stage Employees (IATSE) which represents some 60,000 off-screen workers, said that 90% of its members cast ballots and more than 98% of the votes returned were in favor of authorizing a strike.

The vote strengthened the hand of IATSE leaders in stalled contract talks with the Alliance of Motion Picture and Television Producers (AMPTP).

The two sides will meet on Tuesday in the first contacts for two weeks, a union source said after the results of the ballot were announced. It was not clear whether the meeting would lead to a full resumption of talks.

"I hope that the studios will see and understand the resolve of our members," IATSE President Matthew Loeb said in a statement. "If they want to avoid a strike, they will return to the bargaining table and make us a reasonable offer."

"Our people have basic human needs like time for meal breaks, adequate sleep, and a weekend," Loeb added.

The union is seeking to reduce working hours that can stretch to about 14 hours a day as the demand for TV shows and films has increased, particularly for streaming platforms such as Netflix , Disney+, Apple TV+ and Amazon Video.

It also wants raises for workers on streaming projects, who get paid less than for work on mainstream and cable TV shows under an agreement signed in 2009, when streaming and online media was in its infancy.

The AMPTP said in a statement it was "committed to reaching an agreement that will keep the industry working" but said it would require both parties showing "a willingness to compromise and to explore new solutions."

The last major strike in Hollywood was by film and television screenwriters in late 2007 and early 2008. It lasted three months and shut down all scripted shows and forced television networks to air re-runs of comedies and dramas.

The AMPTP has offered to improve rest periods between projects and to increase wage rates for crew members working on streaming shows, but the rates would still be below mainstream productions.

IATSE has won the support of powerful Hollywood unions representing actors, directors and writers. Actors Ben Stiller, Danny DeVito, Brie Larson, Seth Rogen and Kevin Bacon are among those who have sent messages supporting its demands.

"They haul sets, equipment, designs, at all hours in all weather. They are the 1st in & last out. They're owed livable wages & hours, & we owe them our unwavering support. Without them, there is no show," tweeted "Law & Order: SVU" actress Mariska Hargitay.