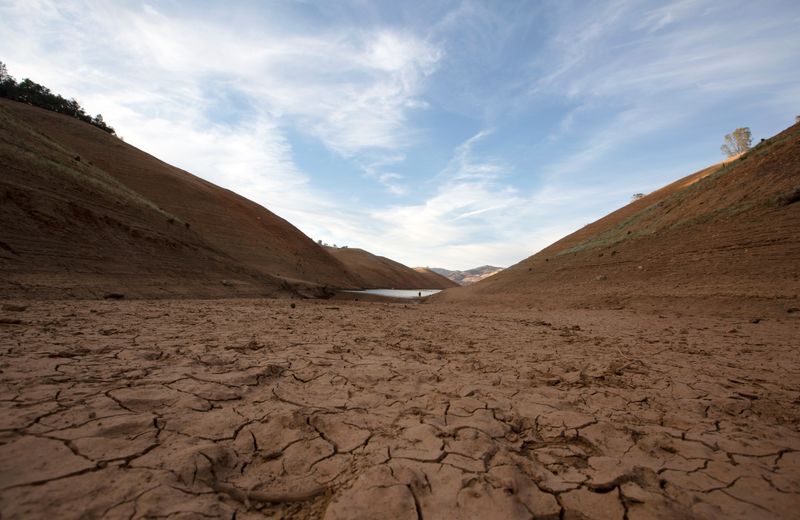 FILE PHOTO: Dry land is visible, at a section that is normally under water, on the banks of Lake Oroville, which is the second largest reservoir in California and according to daily reports of the state's Department of Water Resources is near 35% capacity

A high-pressure dome was building over the upper northwest and Canada, the National Weather Service said, similar to the atmospheric conditions that punished California and U.S. Southwestern states last week.

"This will be setting the stage for the beginning of a potential historic heat wave for the Northwest this weekend," the weather service said in issuing excessive heat watches for parts of California, Oregon and Washington state.

"While record high temperature are not expected over the next two days over the Northwest, the high temperatures will still be 10 to 20 degrees above average and lead into the weekend when numerous record highs are likely," the weather service said.

Experts say extreme weather events such as the late-spring heat waves that have descended on parts of the United States this year can't be linked directly to climate change.

In issuing excessive heat watches and warnings, the weather services said that high temperatures can be dangerous, advising U.S. Northwest residents to stay indoors during the hottest parts of the afternoon and care for children, pets and the elderly.

The weather service was also expected to issue new red flag warnings in California and elsewhere to advise that the brutal conditions raise the risk of wildfires.