Harley bikes may get costlier worldwide to cope with inflation 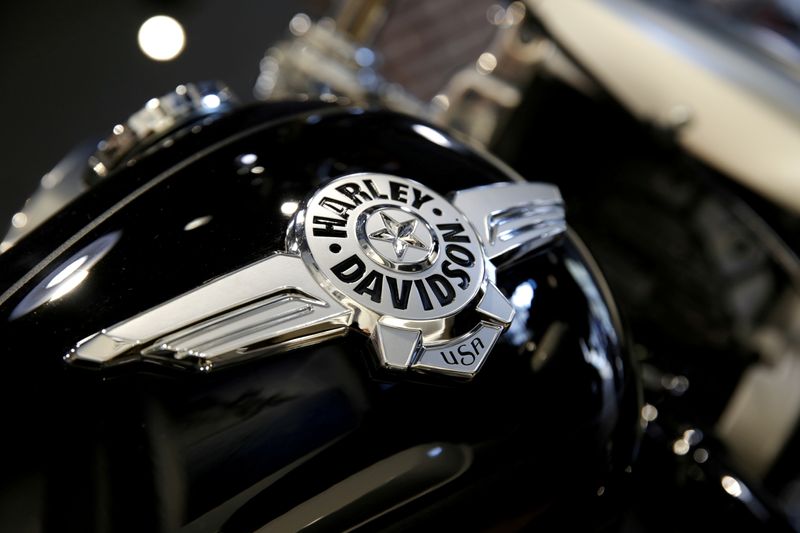 FILE PHOTO: The logo of U.S. motorcycle company Harley-Davidson is seen on one of their models at a shop in Paris, France, August 16, 2018. REUTERS/Philippe Wojazer//File Photo

(Reuters) -Harley-Davidson Inc said on Wednesday it was exploring imposing surcharges on its motorbikes worldwide next year in a bid to cope with inflationary pressures, even as it reported better-than-expected quarterly profit and revenue.

So far, Harley's surcharges were applicable only in the United States, its biggest market, where the company raised them to 3.5% in the third quarter from 2% in the second to offset some higher raw material costs.

Many companies, including consumer products giants Unilever and Procter & Gamble, have also passed on higher costs to customers.

Harley's main raw materials include steel, whose prices have surged in the United States this year. In some cases, the company also sources parts from a single supplier, potentially making it vulnerable to supply chain pressures.

Despite surcharges, customers queued up for Harley's motorbikes such as its Pan America 1250 model in the quarter as demand for socially distanced recreational outdoor activity remained high, which led to inventory shortages at dealers.

"We are working to align supply with demand," Chief Financial Officer Gina Goetter said during a conference call with analysts.

Goetter's comments mark another turning point in the company's fortunes, whose sales have risen for three consecutive quarters after falling for two years.

Shares of Harley were up 8.4%, on course for their best day in nearly six months.

The Milwaukee-based company reset its strategy in 2020 to focus on selling its high-margin Touring, and large Cruiser and Trike bikes to older and wealthier customers in markets like the United States and Europe. That bet appears to be paying off.

Retail sales in the United States rose 1.2% to 31,699 units in the third quarter from a year earlier.

Sales from motorcycles and related products jumped 20.4% to $1.16 billion, beating estimates of $1.14 billion.

Excluding items, profit was $1.18 per share, above expectations of 70 cents.

(Reporting by Abhijith Ganapavaram in Bengaluru; Editing by Maju Samuel)