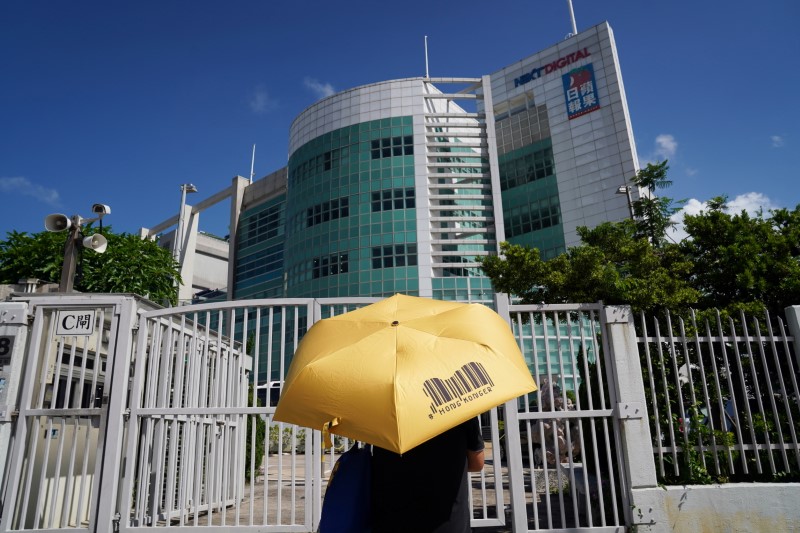 A supporter holding an umbrella stands in front of the entrance to the offices of Apple Daily and Next Media after police raided the newsroom, in Hong Kong, China June 17, 2021. REUTERS/Lam Yik

Police said in a statement they had charged two males aged 47 and 59, who they did not name, and that the two would be brought to West Kowloon Magistrates' Court on Saturday. Apple Daily reported the two charged were editor-in-chief Ryan Law and chief executive officer Cheung Kim-hung.