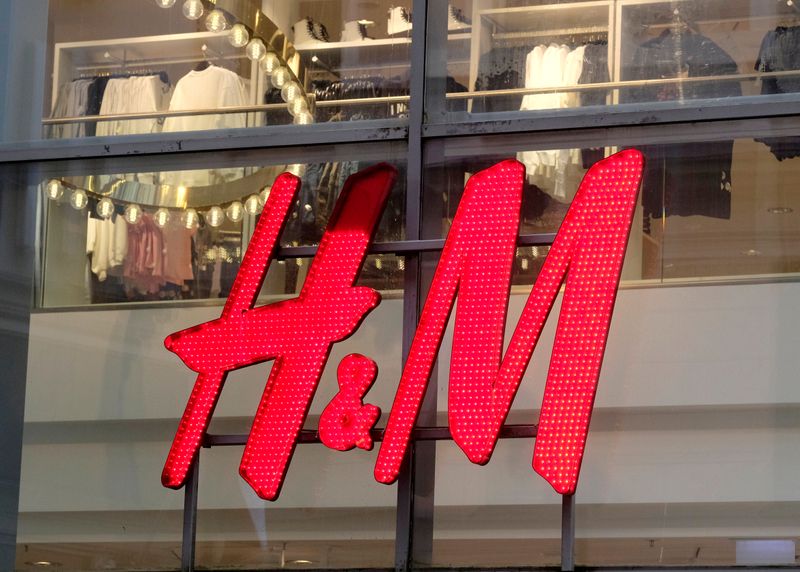 FILE PHOTO: H&M logo is seen on one of the Swedish retailer's shops January 30, 2020. REUTERS/Ints Kalnins

SHANGHAI (Reuters) - China's top ride-hailing app Didi Chuxing has dropped H&M from its listings, joining a backlash over comments made by the Swedish fashion retailer last year about labour conditions in Xinjiang province.

Search results for the clothing store chain in the app for all of China's major cities yielded no results on Friday.

Didi Chuxing did not immediately respond to a request for comment.

H&M faced an unexpected public backlash in China this week when social media users in the country suddenly circulated a statement the company made in 2020 announcing it would no longer source cotton from China's Xinjiang province due to difficulties to conduct credible due diligence in the region and after media and human rights' groups reported the use of forced labour in Xinjiang.

H&M said at the time it was deeply concerned by the reports.

Human Rights organizations have accused authorities in the western region of detaining Uighur Muslims in camps, where they undergo forced labour and ideological indoctrination.

Beijing routinely denies the accusations and describes the camps in question as vocational training centres which help combat religious extremism.

The public backlash against H&M caused e-commerce giant Alibaba Group Holding Ltd, shopping app Meituan, and the maps app for search engine Baidu Inc, to each remove the Swedish retailer from their listings.

Since the initial backlash against H&M, other overseas brands including Burberry Group PLC, Nike Inc, and Adidas AG have also faced an online blowback for making similar statements regarding their sourcing of cotton in Xinjiang.